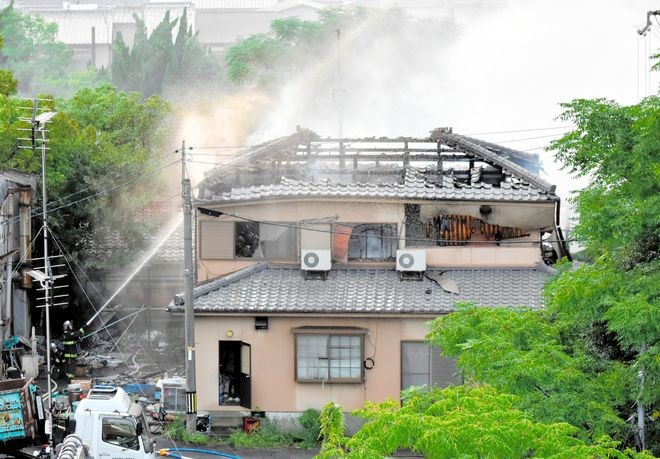 A rash of attacks against facilities linked to Korean residents in Japan, including cases of arson and vandalism, cannot be allowed to pass unnoticed.

Some of the incidents are still under investigation. The attacks, by and large, seem to fall under the vile category of hate crimes motivated by a bias against people or groups with specific characteristics like race, gender and national origin. Such behavior can never be condoned.

In December, a man in his 20s was arrested and indicted over a case of arson in August that gutted seven residences, including empty ones, in the Utoro district of Uji city in Kyoto Prefecture that is home to about 90 ethnic Koreans from roughly 50 households. Although the motive for the attack and other factors behind the crime have yet to be disclosed, the man was also arrested and indicted for a fire in July that destroyed an area of the Aichi prefectural headquarters of the pro-Seoul Korean Residents Union in Japan (Mindan) in the city of Nagoya.

During World War II, Korean laborers drafted to build an airfield lived in the Utoro district, which to this day hosts a sizable community of zainichi Koreans with permanent residence status.

A new facility to exhibit materials related to the history of the district and the role Korean residents played is set to open this spring. But a host of documents and materials, such as signboards, being prepared for display were destroyed in the fire.

Soon after the man was arrested for the Utoro fire, windowpanes at the entrance to Mindan’s Hiraoka branch in Higashiosaka, Osaka Prefecture, were smashed. Police are still investigating the matter.

The background to these crimes needs to be clarified as soon as possible by bringing the cases to trial.

It hardly needs to be said that despicable crimes such as these, which have put local residents on edge, cannot be tolerated. Another matter of deep concern is a flood of online posts that support the actions and criticize the victims.

It is hard to brush aside the disturbing suspicion that hatred and discrimination against Korean residents in Japan was the trigger for the incidents.

More than five years have passed since a law came into force to crack down on hate speech. No provision to punish offenders was included in the law out of consideration for the constitutional right to freedom of speech. But seeing as the law failed to quell serious cases, the city of Kawasaki introduced, after careful consideration, a municipal ordinance providing for criminal punishment against such acts.

While blatant hate speech on city streets and other acts have subsided, discriminatory comments are still rampant on the internet and other public forums of speech.

During a discussion meeting held in Kyoto at the end of last year in response to the arson attack in Utoro, one participant said what should be feared most is “social indifference” to the problem.

Commenting on the arson attack during a news conference, Uji Mayor Astuko Matsumura said such acts “should never be forgiven, no matter what.” Local communities and administrations across the nation need to work with the central government to continue taking actions that demonstrate their collective will to eradicate hate speech and crimes.

Japan has many Korean residents due to its colonial rule of the Korean Peninsula, the background of which is behind the long-running issue to press Japan to pay compensation to wartime Korean laborers.

The new facility to showcase the history of the Utoro district, which is due to open shortly, is designed to be a venue that promotes awareness of the importance of human rights and good-neighborliness, as well as the implications of how people of different backgrounds co-exist in society.

Japanese need to strive to build a society which embraces diversity by recognizing that Korean residents have become their partners in local communities through many years of historical twists and turns.