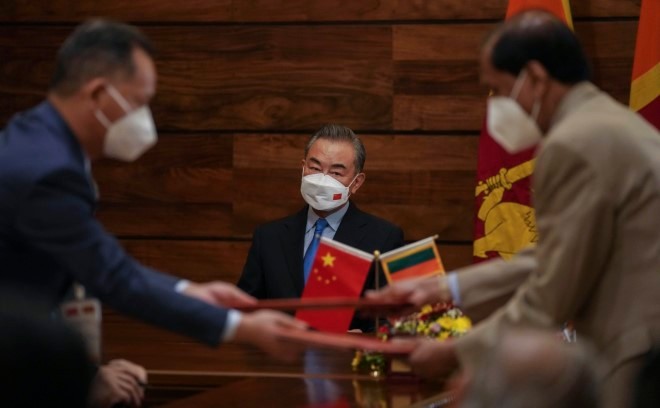 In a phone call held between the two parties and summarized by Chinese state media, Wang said that China supports the Kazakhstan president’s assessment that the source of the unrest was terrorist activity.

Wang added that China and Russia should “oppose external forces interfering with the internal affairs of central Asian countries,” and prevent “color revolutions” and the “three evil forces” from causing chaos, the readout stated.

China defines the “three evil forces” as religious extremism, territorial secessionism and violent terrorism and has described them as the cause behind the instability in Xinjiang province.

Government buildings in Kazakhstan were briefly captured or torched in several cities last week as initially peaceful protests against fuel price increases turned violent. Troops were ordered to shoot to kill to put down a countrywide uprising.

Authorities have blamed the violence on “extremists” including foreign-trained Islamist militants.

Authorities also asked a Russian-led military bloc to send in troops, who the government says have been deployed to guard strategic sites.