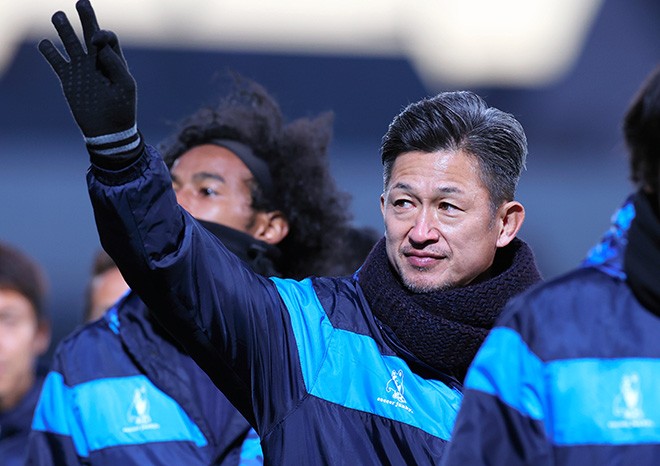 Japanese iron man Kazuyoshi Miura should get his wish to see more action at age 54, linking up with the Suzuka Point Getters this season in the Japan Football League.

The Suzuka, Mie Prefecture,-based club made the announcement at 11:11 a.m. on Jan. 11 to coincide with Miura's favorite jersey number. The club said he will wear number 11 this season.

“I am thankful for an opportunity to play and will work hard to make a contribution to the club’s victory on the pitch,” Miura said in a statement released by the Suzuka club.

Miura, a former member of Japan’s national squad, played last season for Yokohama FC, which was demoted to the J2 Division for the upcoming season.

In 2021, Miura set a new record as the oldest player to appear in a J1 Division game. But he only played for a minute in the league competition.

During an interview with The Asahi Shimbun in August 2021, Miura said, “I think about playing and nothing else. People may say, ‘Are you still thinking any such thing?’”

Now, Miura will go to Suzuka on loan.

Miura’s older brother, Yasutoshi, 56, serves as the head coach and general manager of the club.

The JFL is a nationwide amateur league. It is the de facto fourth division of the J.League, three ranks below the top J1 Division.

Suzuka is aiming to move up this season and be promoted to the J3 Division.