EDITORIAL: Dose of realism key to funding for staff on the front line 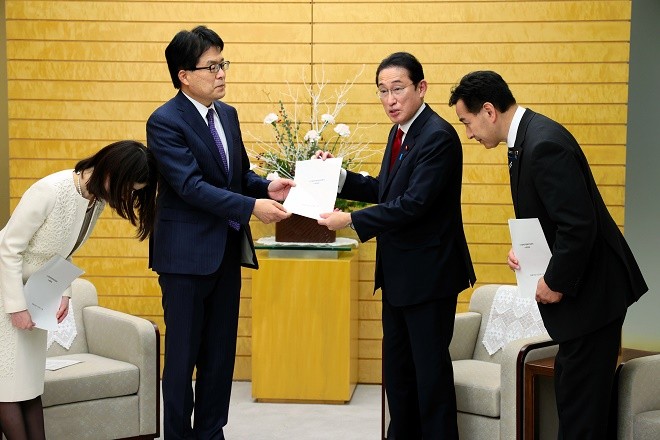 In Japan, plagued by an aging society with a low birthrate, securing nursing care workers is just as crucial as determining how to fund bloating medical and nursing care costs. When it comes to front line nursing and child care personnel, their working conditions are especially dismal due to low wages and staff shortages.

The Cabinet of Prime Minister Fumio Kishida is, however, committed to raising their wages. But with matters lately not proceeding as smoothly as they should, Kishida found himself in the position of having to address the funding issue head-on to speed up discussions.

The government’s economic relief package, announced last November, included a 3-percent wage hike for nursing and child care workers that is scheduled to take effect from February. This owed to Kishida’s insistence that the raise be implemented before the annual “shunto” spring wage negotiations.

That represented a first step toward improving the working conditions of those in the field, and further increases are also being discussed separately by a panel of experts.

The panel, in an interim report in December, noted that even by factoring in the content of the government’s economic relief package, the wage level of front line nursing and child care workers still “fell short of the all-industry average and was being set low relative to the nature of their work.”

It went on to call for further improvements in their conditions on grounds the need for more personnel will keep growing over time.

However, the panel was short on specific means for securing stable funding for the purpose.

Higher wages for care workers are contingent on higher remuneration to care service provider companies that pay the workers.

To make that possible, consideration needs to be given to raising taxes and insurance premiums. But the panel noted in its interim report that prior to taking such steps, the focus of discussion will be on “reviewing the current budget” and “improving operational efficiency.”

It is certainly important to eliminate waste and upgrade the working environment. But that alone will not resolve the problem.

From past attempts, it is clear that unless bold investments are made, only limited results can be expected from improvement measures.

The likely reason for the panel’s skirting of discussions of the funding source was the Kishida administration's reluctance to ask the public to bear a greater cost burden.

With an Upper House election due this summer, the ruling coalition has little interest in seriously reviewing the benefits and costs of the social security system.

But this is precisely the sort of issue the ruling coalition should be raising with the voting public prior to a national election.

A comprehensive review of the entire social security system is definitely needed to envision an ideal service system backed by stable funding.

The Cabinet last month approved a basic policy on matters related to children, the pillar of which is the establishment of the Agency for Children and Families. But there again, how to fund it is the biggest challenge.

There are limits to policy-by-policy discussions. It is time to activate comprehensive forums of discussion, such as a “conference to establish a social security system for all generations” founded under the Kishida administration.

The prime minister needs to let the public know that he means business.