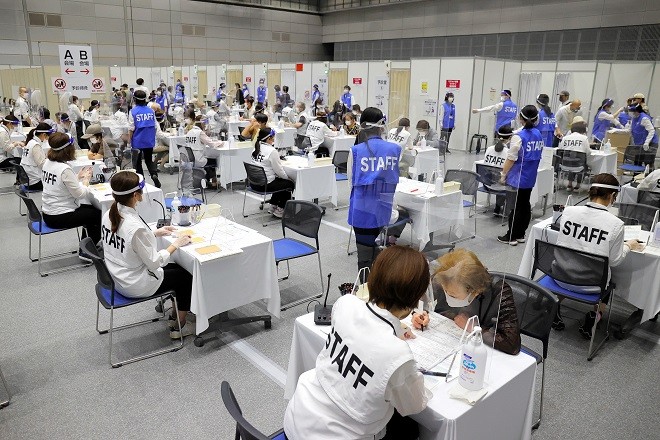 The health ministry announced it will move up by two months its initial COVID-19 booster schedule for people aged 65 or older and by one month for people under 65 from March.

The government initially decided, in principle, to roll out booster shots to those who were fully vaccinated at least eight months prior.

But given that the effectiveness of double inoculations to prevent infection from the novel coronavirus weakens as time passes, the government in December announced that it would advance the booster schedule for medical personnel and elderly people in nursing homes by two months and for those aged 65 or older by one month.

The health ministry said earlier that it had secured 18 million additional doses of the Moderna Inc. vaccine from the United States and that shipments were due to arrive in February.

The ministry said Jan. 13 it will move up the schedule by one month for about 55 million people under 65 who were supposed to be inoculated from April, and now start providing third jabs from March.