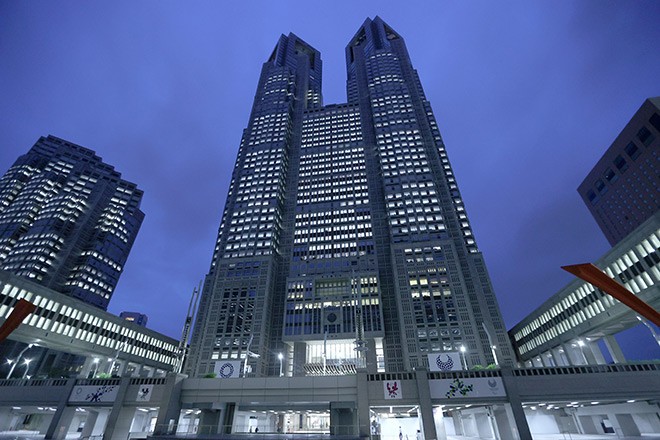 Tokyo posted 3,719 new COVID-19 cases on Jan. 17, 4.3 times the number for the same day a week ago, metropolitan health officials said, as Osaka reported a record number of cases for a Monday.

In Osaka Prefecture, 2,549 new cases were confirmed for Jan. 17, the prefecture’s record for any Monday.

New cases on Mondays typically are lower than those on other days of the week as the number of people who get tested toward the weekend declines.

The daily average of fresh cases in Tokyo over the week until Jan. 17 was 3,255.3, 4.2 times of the number for the preceding week, according to the officials.

There were five serious cases, requiring a ventilator or ECMO heart-lung bypass machine.

There was one related death in Tokyo on Jan. 17, the officials said.

The occupancy rate of hospital beds in the capital came to 19.3 percent, close to the 20 percent threshold that the metropolitan government will consider applying to the central government for pre-emergency measures.

In Osaka Prefecture, the number of patients hospitalized with mild and lesser symptoms stood at 1,067, filling 34.2 percent of the 3,122 beds set aside.

But most of the beds allocated for gravely ill patients were empty as 11, or only 1.8 percent, of the beds were taken.

New cases among islanders in Okinawa Prefecture totaled 530 on Jan. 17 while 31 were reported among U.S. military personnel.

The prefecture logged one serious case, a first since November.

As of Jan. 17, 611 medical staff are absent from work at 211 hospitals that give care to COVID-19 patients due to infections or exposure to the virus.