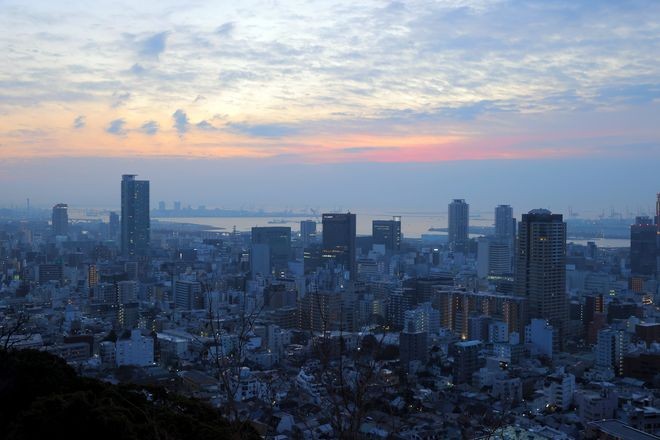 Twenty-seven years have passed since the 1995 Great Hanshin Earthquake that devastated the western port city of Kobe.

By coincidence, this year’s Jan. 17 anniversary of the magnitude-6.9 temblor came on the heels of a massive underwater volcanic eruption near the South Pacific island nation of Tonga. The eruption caused tsunami and tide level changes in many parts of the world. The extent of the damage in Tonga and other areas still remains unclear, however. Japan should provide as much support as possible for relief and recovery efforts in affected areas.

Related alerts and advisories were issued for Pacific coastal communities across Japan following the eruption, serving as yet another grim reminder of the need to always be prepared for a natural disaster. Integrated policy efforts to upgrade both welfare and disaster management are vital when it comes to trying to protect those especially vulnerable in times of disasters, such as the elderly or people with disabilities. This policy imperative requires higher levels of cooperation and coordination among people and organizations in both the public and private sectors.

Priority should be placed on mapping out reliable plans for ensuring swift evacuation.

The revised disaster countermeasures basic law, which came into force last year, obliges municipalities to craft personalized evacuation plans for those who need assistance when taking refuge, such as elderly residents. Recruiting qualified welfare experts responsible for developing care plans for people requiring assistance would seem like an obvious place to start for the process.

The city of Beppu in Oita Prefecture won national renown for taking this approach. A total of 34 municipalities applied for the central government’s pilot project to promote this policy goal initiated this fiscal year. Eighteen prefectural administrations will join the undertaking by supporting the municipal efforts.

Hyogo Prefecture started tackling this challenge earlier and has established a system to support related activities of municipal administrations in the prefecture. We urge local governments across the nation to follow Hyogo’s lead.

With regard to policy support for post-disaster livelihood recovery and reconstruction, an approach called “disaster case management” is drawing attention. This is basically a program for addressing the specific personal needs of disaster survivors in relation to health care, employment and other issues.

The city of Sendai adopted this program in the aftermath of the 2011 earthquake and tsunami disaster.

Some local governments in areas affected by the 2016 Kumamoto earthquakes also tried this method. Coordination and integration of disaster preparedness and welfare policies are also vital for this strategy to work.

During the extraordinary Diet session late last year, Prime Minister Fumio Kishida promised to take steps toward sharing the experiences of local governments pursuing progressive policies in these areas. Kishida should go a step further and start considering specific plans for nationwide efforts based on these policy approaches.  The National Governors’ Association is calling for financial support for such efforts.

Social Welfare Councils have an important role to play in coordinating disaster response and welfare efforts in the public and private sectors.

These are nonprofit private-sector organizations established in all prefectures and municipalities under the social welfare law. They usually work closely with local governments and neighborhood associations. In normal times, they are mainly engaged in welfare activities such as home-visit care and food distribution services. During disasters, they set up and operate centers to help volunteers find survivors.

Some of these councils are already actively involved in developing evacuation plans and support programs for people requiring assistance based on the needs of each individual. The quality and scope of their operations depend on the awareness and abilities of the staff.

Social Welfare Councils need to expand cooperation among themselves and with various nonprofit organizations and businesses to expand their experience and knowledge so they can perform better in their respective areas.