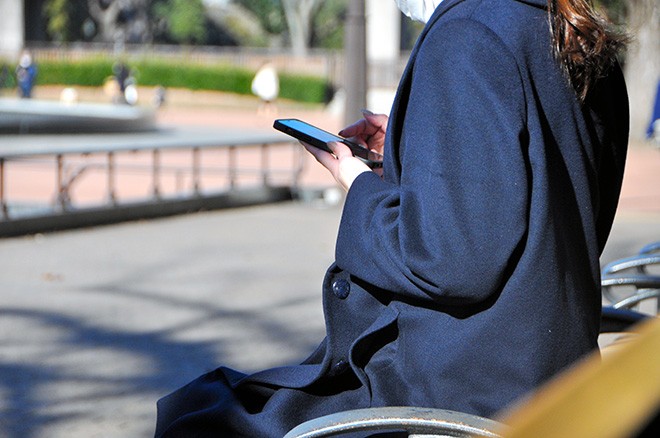 A woman in her 30s who got divorced due to domestic violence said she wants the government to send the 100,000-yen child subsidy directly to her. Photo taken in Tokyo on Jan. 18 (Ryuichi Hisanaga)

The nation’s main opposition party proposed legislation Jan. 18 to ensure that children of recently divorced or separated parents receive a 100,000-yen ($873) government handout paid to households last year but which did not filter down to all intended recipients.

The bill submitted by the Constitutional Democratic Party of Japan is intended to cover all of those aged 18 or younger who were eligible for the payout but missed out due to domestic violence and other issues.

For households with a child of junior high school age or younger, the money was deposited into a bank account operated by a parent as of the end of August 2021. The central government’s child subsidies were paid the following month.

But cases emerged of children not receiving the windfall because their parents either divorced after the end of August 2021 or the parent who raised the child was not the one who operated the bank account.

Children whose parents separated due to domestic violence and other reasons faced similar problems.

In one instance, a divorced husband with a history of committing domestic violence took the money.

The CDP decided the situation needed rectifying and submitted the bill. Heated discussion is expected.

“A divorce throws up all sorts of immediate challenges for households,” said Takashi Kii, a Lower House member of the CDP, in urging the central government to respond quickly.

The CDP estimated that 41,000 children did not receive the intended benefit due to divorce and other reasons, resulting in 4.1 billion yen not reaching its intended targets.

The central government decided that using authorized bank accounts for paying the child subsidies offered the most viable option of ensuring payments were made rapidly.

A woman in her 30s who got divorced around September 2021 and is raising three children said she never saw a penny.

She said her former husband was abusive to her and their children.

When she contacted local government officials about the matter in December, she was told the money “will be deposited to your former husband’s bank account.”

She said: “The money is supposed to go to my children, but I haven’t received it. It is nonsense that my ex-husband will be recipient.”

Chief Cabinet Secretary Hirokazu Matsuno acknowledged it “is practically difficult” when asked during a Jan. 18 news conference about the government’s handling of those who had recently divorced.

The city government in Akashi, Hyogo Prefecture, decided to take matters into its own hands. The city has a population of about 300,000.

Authorities decided that if a child’s parents divorced in or after September 2021, checks would be made to determine which parent is raising the child and make the payment to that individual.

Tomohiro Imai, who chairs a group that supports single parents, said the central government should not leave the matter solely to local governments and work to improve the issue.

(This article was written by Kazutaka Kamizawa and Ryuichi Hisanaga.)