Which way he goes, Kishida risks backlash on Sado gold mine 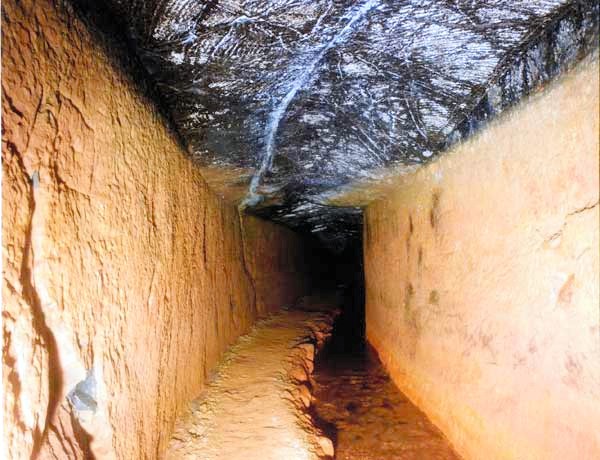 The government is caught between a rock and a hard place in deciding if or when to forge ahead with plans to seek UNESCO World Heritage listing for ancient gold and silver mines on the island of Sado in Niigata Prefecture.

Whatever the outcome, the issue has the potential to trigger a domestic backlash or antagonize South Korea. The application deadline is less than two weeks away.

A group of conservative lawmakers with Prime Minister Fumio Kishida’s Liberal Democratic Party piled on the pressure Jan. 18 by adopting a resolution calling on the government to promptly submit its recommendation.

In Seoul, the South Korean government has demanded that Tokyo drop the matter on grounds the complex is strongly associated with the “use of forced Korean labor by Japan” during its 1910-1945 colonization of the Korean Peninsula.

A number of senior officials within the Japanese government are urging caution so as not to further exacerbate already badly strained relations with its near neighbor.

Feb. 1 is the deadline for recommending a candidate site for 2023 UNESCO listing.

“To win recognition is the most important thing,” Kishida told reporters on Jan. 18. “We will consider carefully how we can achieve this.”

The Cultural Affairs Agency selected the Sado gold mine complex on Dec. 28 as Japan’s only candidate site for the upcoming listing.

The complex had operated for centuries until 1989.

The agency said Sado was the world’s largest producer of gold in the 17th century and represented a rare example of how traditional manual mining labor and techniques improved as the reason for seeking World Heritage registration.

South Korea, which faces a presidential election in March, moved quickly to blast the agency’s selection and pressed for an immediate retraction.

Some Japanese government officials said it would be unwise to provoke Seoul Korea right before the crucial election as it remains unclear which candidate will emerge as the winner.

“We should not race ahead, given the potential implications for Japan-South Korea relations,” said a senior official at the prime minister’s office.

A ranking official with the Foreign Ministry also expressed concern about Japan going ahead with its recommendation without gaining Seoul’s understanding.

In 2021, the U.N. cultural and scientific body introduced a system for the International Memory of the World Register under which a candidate site will not gain recognition if another member nation objects.

The system was introduced in response to Japan’s fierce protest over the 2015 listing of China’s Documents of the Nanking Massacre, which Beijing contends is a record of atrocities committed by Japanese troops after the fall of the city, now called Nanjing, in 1937.

“If Japan presses ahead with the recommendation without agreement (from South Korea), it could deal a tremendous blow to the whole system,” the senior Foreign Ministry official said.

On the other hand, opting out of making the recommendation would spark a voter backlash against the government and the LDP.

The Niigata gubernatorial election will be held in May and the Upper House election in July.

Those lobbying for UNESCO listing called on the government to swiftly submit the recommendation in spite of the “differences between the two countries.” If nothing else, they argued it would provide ammunition for meaningful international debate on the issue.

Appeasing South Korea would almost certainly set off resentment among some LDP politicians.

Shuichi Takatori, a member of the Lower House and a representative of the group pushing for recognition of the Sado gold mines, said at the Jan. 18 meeting the government should fully explain its intentions to South Korea through diplomatic channels.

“The government will not be able to gain understanding from the public, in the prefecture and the country as a whole, unless it makes clear what and how it considered in making the decision,” said Takatori, who is from a constituency in the prefecture.

The meeting was attended by former Prime Minister Shinzo Abe.

The same day, lawmakers with the LDP’s Foreign Affairs Division met with senior officials with the Foreign Ministry and the Cultural Affairs Agency for a briefing on the matter.

The participants were split on the issue, according to a legislator who was present.

Some pushed for early recommendation, while others urged caution, saying Japan is not ready to mount a major international campaign to win over support for the issue from other countries.

(This article was written by Yuichi Nobira and Takashi Narazaki.)