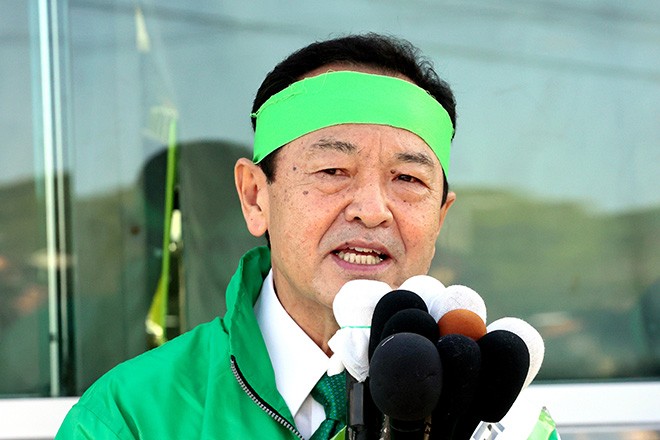 NAGO, Okinawa Prefecture--Incumbent Mayor Taketoyo Toguchi is certain to clinch a second term in a race centered on the pros and cons of a contentious U.S. military base project here.

Toguchi, 60, fought the Jan. 23 election with backing from the central government, which is pushing the project to build a new facility to replace the functions of the U.S. Marine Corps Air Station Futenma in Ginowan, also in the prefecture.

Although Toguchi refrained from being drawn on the base issue during campaigning, just as four years ago, his silence effectively marks tacit approval for the project.

Instead, he called for programs to develop the city with funding from the central government as a reward for hosting the U.S. military facility.

His sole contender, Yohei Kishimoto, 49, a former Nago assembly member who is opposed to the base project, was backed by Okinawa Governor Denny Tamaki as well as the opposition camp.

The Nago mayoral race is the first of a series of key elections that will be held in the prefecture this year, including the gubernatorial election in autumn.