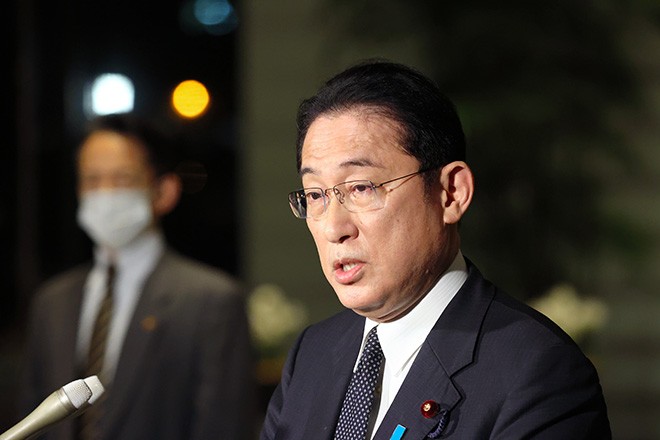 The government on Jan. 19 approved pre-emergency measures for 13 additional prefectures, but its chief health expert said the strict “stay home” requests issued during previous infection waves are not necessary this time around.

The local governments will decide on their own what specific rules to enforce to halt the latest spread of the novel coronavirus. Their announcements so far indicate measures may vary greatly even between neighboring prefectures.

The government panel of experts on Jan. 19 gave the green light for approving the pre-emergency measures.

After the meeting, Shigeru Omi, the chairman of the panel, told reporters that unlike last year, when the focus was on restraining the flow of people outside of their homes, the emphasis of the pre-emergency measures should be on limiting the size of wining-and-dining groups.

“Rather than simply implement the same measures used in the past, it will be important to focus on the most effective measures to deal with the peculiarities of the Omicron variant,” Omi said. “I do not think there is a need for another round of ‘stay home’ measures that prohibit almost all activity.

Attention should be placed on factors that carry the largest risk, and everyone is asked to be cautious about becoming infected.”

Omi said bars and other establishments should be allowed to stay open as long as customer groups are limited to four people who engage in quiet conversations and wear masks when not eating or drinking.

He also saw little point in requiring large groups to show COVID-19 vaccine certificates and negative test results to gain entry to bars and restaurants because the effectiveness of the vaccines has decreased.

He said the certificate measure should resume only after studies show that booster shots have increased the effectiveness of the vaccine.

But the central government will allow the governors to decide on whether to use the vaccine certificate and other measures in their jurisdictions.

When pre-emergency measures were earlier approved for Okinawa, Hiroshima and Yamaguchi prefectures, the governors planned different measures for bars and restaurants.

Bars and restaurants in the targeted areas in Hiroshima and Yamaguchi prefectures were asked to not serve alcohol and to close their doors at 8 p.m.

But in Okinawa Prefecture, bars and restaurants certified by the prefectural government as having implemented infection-prevention measures were allowed to serve alcohol and remain open until 9 p.m.

There were already signs of differences among Tokyo and its three neighboring prefectures.

Saitama Governor Motohiro Ono said on Jan. 18 that he planned to continue using the vaccine and negative test certification measure while allowing bars and restaurants to continue serving alcohol.

Chiba Governor Toshihito Kumagai also indicated that only relaxed restrictions would be imposed on bars and restaurants.

The governors of Osaka, Kyoto and Hyogo agreed on Jan. 19 that if any one of the prefectures reached a certain infection-related level listed in their guidelines, all three prefectures would ask the central government for pre-emergency measures at the same time.

Osaka Prefecture has set a 35-percent hospital bed usage ratio by COVID-19 patients as a trigger to ask the central government to allow for pre-emergency measures.

As of Jan. 18, the hospital bed usage ratio was 29 percent in the prefecture.