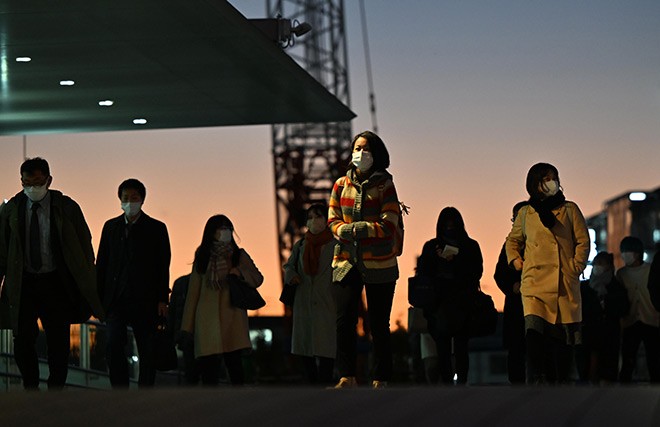 Japan reported more than 40,000 new COVID-19 cases on Jan. 19 for the first time, as the novel coronavirus spread at a record-setting pace in 25 prefectures, including Tokyo and Osaka.

The latest figure was 3.3 times higher than the 2,198 cases marked in the capital on the previous Wednesday.

Ten COVID-19 patients in the capital were seriously ill and in need of ventilators or other breathing-assistance equipment, the officials said.

In Osaka Prefecture, 6,101 new infections were confirmed, a significant increase from the then high of 5,396 recorded the previous day.

The COVID-19 deaths of two women, one in her 60s and one in her 90s, were also confirmed in Osaka Prefecture on Jan. 19. The prefecture has an accumulated total of 236,971 infections and 3,072 deaths from the disease.

The Fukuoka prefectural government was expected to report a record high 2,208 new cases, up by 870 from the previous day.

The number of cases across Japan has increased at a more rapid rate since Nov. 30, when the first Omicron variant case was confirmed in the country.