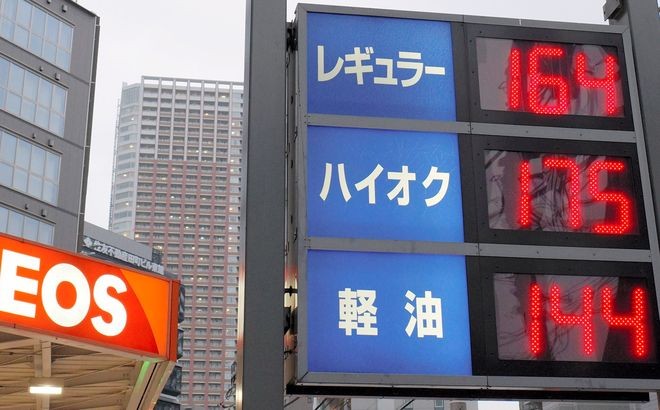 Japan is beginning to feel the effects of growing inflationary pressures across the world due to higher prices of oil and other products.

Preventing the rise of global inflation from hammering household budgets and putting a crimp on consumer spending in Japan will require substantial wage hikes by the many Japanese companies now raking in massive profits.

In its latest “Outlook for Economic Activity and Prices” quarterly report on the health of the nation’s economy, released this week, the Bank of Japan slightly raised its inflation forecast for fiscal 2022, which starts in April. In addition to surging energy prices, the central bank said it expected that companies will gradually move to pass higher materials costs to consumers through price increases now that the shortage of demand seen in recent years is easing.

The BOJ has waged an aggressive monetary easing policy for years with an inflation target of 2 percent per year. What the bank is seeking to achieve is stable and broad-based inflation driven by economic and income growth. It argues that a bout of inflation caused by higher raw material and fuel costs and restrained supplies would not meet the criteria nor last very long.

The BOJ’s revised forecast for average consumer inflation in fiscal 2022 is only around 1.1 percent, well below its 2 percent target. The upward revision to the inflation forecast, from 0.9 percent three months ago, the BOJ stresses, offers no reason for changing its extremely loose monetary policy.

To be sure, consumer price inflation in Japan is still at far lower levels than in major Western industrial nations. But wholesale prices in December posted a year-on-year spike of 8.5 percent, according to preliminary data.

The BOJ will face a sticky policy decision if inflation turns out to be much steeper and more enduring than it expects. In the United States, the Federal Reserve Board maintained for months that price increases would be “transitory,” or temporary, until autumn. As prices kept surging, however, the central bank was forced to take policy action to slay inflation earlier than it had planned.

The inflation picture differs from country to country, but Japanese policymakers need to remain vigilant about price trends.

If the yen weakens sharply due to differences in monetary policy stances among major central banks, prices of imported goods could rise sharply, causing significant repercussions on overall inflation in Japan.

Higher prices of energy, food and other daily essentials inevitably weigh heavily on household finances. If consumers are forced to tighten their purse strings, domestic demand will take a hit. That could hamper Japan’s economic recovery from the COVID-19 pandemic.

The nation’s household sector is not strapped for cash at the moment as many families topped up their savings during the pandemic by curbing expenditures while receiving grants and other emergency relief from the government. Holding the key to the fate of the Japanese economy, however, is whether this year’s annual spring “shunto” wage negotiations will lead to substantial pay growth.

Even if the consumer inflation rate for fiscal 2022 is around 1 percent, as the BOJ predicts, at least wage increases of about 3 percent, through a basic pay raise corresponding to the pace of inflation combined with a periodic increase in salary, will be necessary to prevent a decline in real income.

Many Japanese companies are posting strong earnings despite higher material and other costs. In its policy guidelines for responding to labor demands in the shunto, announced Jan. 18, the Japan Business Federation, or Keidanren, urged its member firms with solid earnings to offer wage hikes along with a basic pay increase to help the nation start moving toward “new capitalism” proposed by Prime Minister Fumio Kishida.

This call for pay growth represents a greater willingness on the part of the nation’s most powerful business lobby to support wage hikes. After all, it was only last year that Keidanren said a base salary increase was an “option." But it came with a caveat that companies should be allowed to respond according to their individual business conditions.

If companies’ earnings performances are taken into consideration, firms making hefty profits should be urged to offer sharp pay hikes as their “appropriate responses” to labor demands.