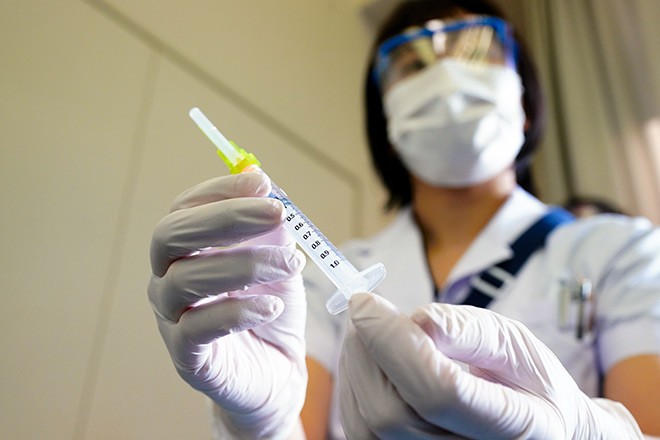 Municipalities across the nation got off to a sluggish start in their efforts to move up COVID-19 booster schedules and roll out third vaccination jabs for elderly residents at nursing homes in December.

Only about 10 percent of the total were successful, according to the health ministry.

As of Jan. 19, the rate represented 1.3 percent of the total population in Japan.

“It is taking longer to find the staff and venues for the booster program, so we can’t start it right away,” said one municipal official.

The health ministry had surveyed 1,741 municipalities as of Jan. 14 to assess how the booster campaign was progressing.

While 1,167 municipalities, or 67.0 percent, started booster jabs for medical personnel in December, 513, or 29.5 percent, actually did or will do so in January.

Earlier booster rollouts began in December after the government decided to move up by two months its initial policy to provide third shots to people who were fully vaccinated around eight months earlier.

The health ministry said it has already shipped the necessary vaccine doses as it urged municipalities to step up their efforts.

The booster schedule for people aged 65 or older was advanced by one month to February. But municipalities were also given leeway to begin the booster programs in January.