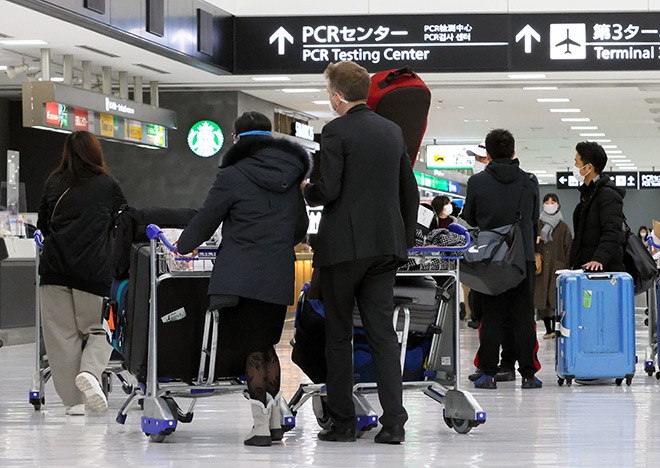 Travel restrictions to prevent the spread of COVID-19 have throttled Japan's tourism industry, with the estimated number of foreign visitors plummeting to an all-time low of 245,900 last year.

The figure released by the Japan National Tourism Organization on Jan. 19 broke the previous record low of 352,832 marked in 1964, when the organization began keeping records.

The latest figure plunged by 99.2 percent from the 31,882,049 recorded in 2019 before the novel coronavirus pandemic hit the country and forced officials to seal off their border to virtually all foreign visitors.

The figure for the first quarter of 2021 also plummeted by 94 percent from the 4,115,828 tallied during the same period in 2020, when foreign tourists were still allowed to enter Japan for sightseeing.

The government banned entry to such travelers in March 2020 following the global spread of the virus. Since then, new arrivals have been mostly limited to businesspeople, people related to the Tokyo Olympics and Paralympics, foreign students and technical intern trainees.

But it shelved the plan following the emergence of the Omicron variant of the virus as cases once again surged around the nation. It is still unclear when the entry ban will be lifted.