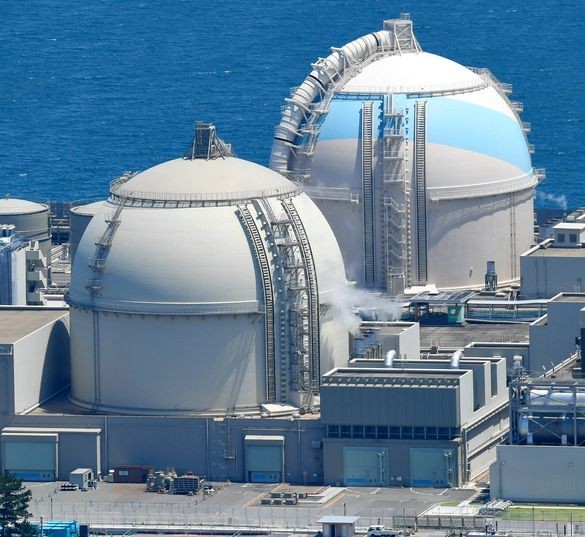 The economy ministry plans to bring back its subsidy program for areas that host pluthermal generation facilities in an attempt to break the logjam in the nuclear fuel recycling program.

The funds will be offered by the end of fiscal 2022.

The pluthermal program is part of the government’s nuclear fuel cycle policy, in which plutonium extracted from spent nuclear fuel produced at power plants in Japan is processed into plutonium-uranium mixed oxide (MOX) fuel and reused at reactors.

The Federation of Electric Power Companies of Japan plans to start pluthermal power production at 12 or more reactors by fiscal 2030.

By distributing the local-revitalization subsidies, the ministry hopes to accelerate the formation of regional agreements on the fuel cycle project.

A reprocessing facility operated by Japan Nuclear Fuel Ltd. in Aomori Prefecture to recover plutonium is scheduled for completion in the first half of fiscal 2022, but the treatment plant cannot be put in full operation unless pluthermal generation spreads.

Unable to expand the use of MOX fuel, Japan now has 46 tons of plutonium stuck in storage, which has raised international concerns over its potential use in nuclear weapons.

Eight prefectures, including Fukui, Ehime and Saga, have been receiving the subsidies. But currently there are no similar funding mechanisms for local governments under the pluthermal plan.

The economy ministry plans to incorporate a new system to finance prefectures with reactors that have not benefited from past subsidy programs.

Reactors at Japan Atomic Power Co.’s Tokai No. 2 nuclear power plant in Ibaraki Prefecture and elsewhere are expected to be eligible.

Although Chubu Electric Power Co.’s Hamaoka power plant in Shizuoka Prefecture and Chugoku Electric Power Co.’s Shimane plant in Shimane Prefecture are included on the list for past subsidies, it is unclear when they can restart operations because of difficulties in passing the Nuclear Regulation Authority’s screening and gaining consent from residents near the plants.