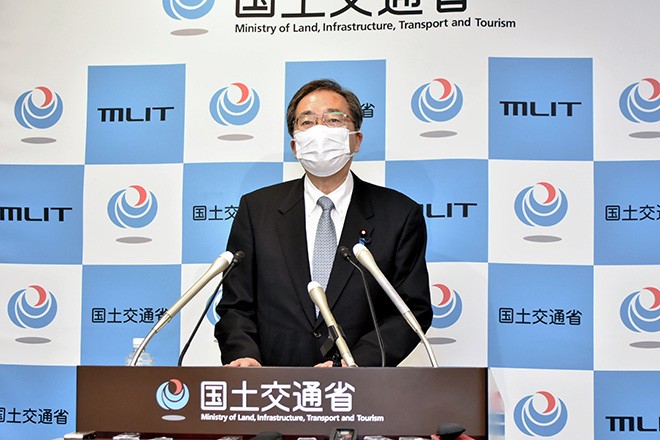 “As the head of this ministry, I keenly feel my responsibility,” Saito said at a news conference on Jan. 21. “The top political appointees in the ministry decided to voluntarily return our monthly salary as a way of clarifying our responsibility.

“I would like to once again express my apologies to the public for the extremely regrettable practice of handling statistics in an inappropriate manner for many years.”

Kunihiro Yamada, the administrative vice minister, and Masaru Ishida, a vice minister, were issued warnings for their failure to properly oversee those actually handling the statistics.

One received a warning, and seven were handed more severe disciplinary measures, including pay cuts.

One official has already retired and will be asked to voluntarily return an amount equivalent to a 10 percent pay cut over three months. The retiree had been the top official handling the statistic and was aware in 2019 about the double counting, but did nothing about it.

A third-party investigative committee submitted its report to Saito on Jan. 14. The report found various ministry officials had tried to downplay the importance of the rewriting of the construction contract statistics or cover up the practice.

Yasushi Kaneko, the internal affairs minister, said at his Jan. 21 news conference that his ministry, which oversees all statistics gathered by central government ministries, would conduct a review of fundamental statistics, including the construction contract figures.