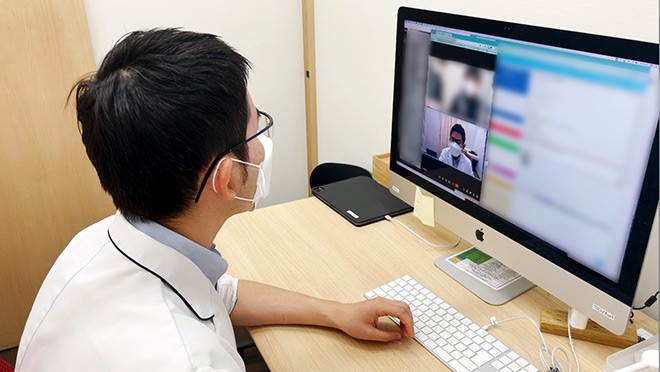 A draft of recommendations to protect medical services from collapse due to rapidly surging COVID-19 cases represented such a fundamental change in policy direction that it created pushback from government officials at all levels.

The document compiled by experts on infectious diseases had to be revised before its release on Jan. 21.

The proposals are by no means something “we will implement right away,” said a high-ranking government official in a guarded comment.

One expert involved in putting the policy process together admitted that the group may have gotten ahead of itself.

“These recommendations may never be approved (by the government) unless we reach a level of infections where the medical care structure is on the brink of collapse,” the expert said. “But by then it would be too late to begin discussions.”

One proposal quickly fine-tuned called for allowing young people to recuperate at home without even taking a test to confirm if they are infected with COVID-19, based on how they reported their symptoms.

But physicians on the front line of the health crisis said it would be close to impossible to decide if an individual was infected without a proper examination.

Despite the concerns, the final version of the document left the door open for young people to recuperate at home without seeing a physician to confirm whether they have COVID-19.

The reasoning behind the lax approach is due simply to the fact that young people have shown a tendency not to develop serious symptoms, even if they have the Omicron variant.

However, there were fears of young people flooding testing centers or out-patient clinics if they develop fevers and preventing those at higher risk, such as senior citizens and individuals with a pre-existing health condition, from getting checked out or visiting clinics for treatment before their condition worsens.

The experts also revised their proposals regarding the flow of people in public and other areas. Initially, they said there was no need to restrict travel across prefectural borders because the risk of infection was low. But in the final version, prefectural governors were given the option of deciding for themselves whether such steps would have to be considered.

The lower likelihood of developing serious symptoms from the Omicron variant lay behind the move to relax past restrictions on the flow of people outside their homes.

The recommendations also raised other issues. For example, fears were voiced that some of the measures could leave countless people under the radar of public health offices. If young people are not tested, they would not be counted as a confirmed COVID-19 case. That in turn would raise questions concerning the duration they should spend recuperating at home when there was no record of when they were confirmed with COVID-19.

Prefectures across the country are reporting record COVID-19 figures on a daily basis.

Tokyo Business Clinic operates three facilities in Tokyo and neighboring Chiba Prefecture that conduct antigen tests on outpatients who visit after developing fevers. Over a two-week period, the number of individuals visiting Tokyo Business Clinic close to tripled, and there have been days when around 30 percent tested positive.

“We will enter uncharted territory from next week,” said Sho Naito, who heads the organization.

On Jan. 19, the three facilities handled a combined 312 outpatients who complained of fevers, of whom 104 were confirmed to have COVID-19. Those numbers are similar to the peak recorded in summer 2021.

According to the health ministry, between 30,000 and 40,000 outpatients with fevers visited clinics around Japan on busy days in December, but on Jan. 17 the figure reached 103,184, exceeding the level recorded last August during the fifth wave of infections.

(Yuki Edamatsu contributed to this article.)