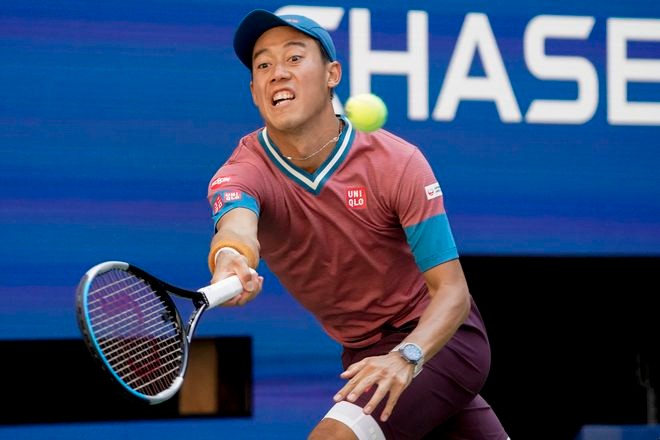 Kei Nishikori, of Japan, returns a shot to Novak Djokovic, of Serbia, during the third round of the U.S. Open tennis championships, Saturday, Sept. 4, 2021, in New York. (AP Photo)

Kei Nishikori, the 2014 U.S. Open runner-up, will have arthroscopic surgery on his left hip this week and be sidelined for about six months.

Nishikori posted a message Tuesday on his app saying he tried “several different rehab options” before deciding with his medical team to go ahead with the operation.

The 32-year-old from Japan sat out the Australian Open and has not played on tour since a second-round loss to Dan Evans at Indian Wells in October. Nishikori lost to Novak Djokovic in the third round of the U.S. Open in September.

Tuesday's post said: “I will work as hard as I can and the goal is to be back in about 6 months.”