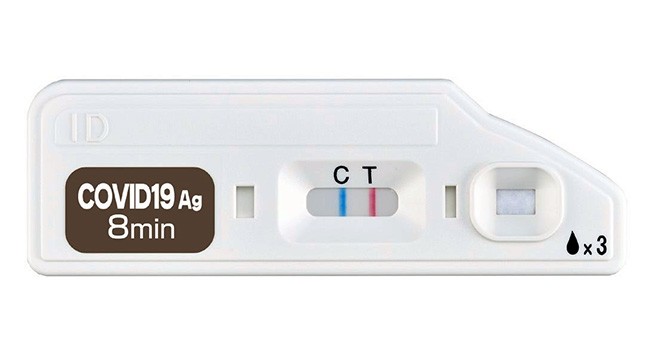 The rapid spread of the Omicron variant has led to a serious shortage of COVID-19 testing kits and raised the frustration levels of health care workers and local government officials around Japan.

Antigen tests have been encouraged for asymptomatic patients not only to prevent the virus from spreading but also to ensure hospital care would be available for patients with symptoms or at risk of becoming seriously ill.

But antigen test kits are now in short supply.

There are two systems for COVID-19 testing.

Administrative testing is carried out through public funds for people who have developed fevers or have been in close contact with an infected person.

Voluntary testing is available at private organizations and other facilities for asymptomatic people for free or a fee.

“In ordinary circumstances, I want to test everybody who wants to take a test,” said Junko Tanaka, who runs a children’s clinic in Tokyo’s Shibuya Ward. “But I have a limited number of testing kits.”

The number of people seeking tests has increased since the beginning of January, she said.

Tanaka said she feared she would be unable to find time to see feverish children and decided to restrict the testing starting on Jan. 24. Now, only children with symptoms can be tested at her clinic.

“I can fully understand parents’ concerns, but it is difficult to respond to everything, and I am sorry,” she said.

Navitas Clinic in Tachikawa, western Tokyo, ran out of test kits on Jan. 24.

Eiji Kuzumi, chairman of the clinic, said the number of available test kits is “too small.”

“If there is a delay in diagnosis, and the number of seriously ill patients increases, there will be a crisis,” Kuzumi said.

The Tokyo metropolitan government on Jan. 25 said 33,000 administrative tests were carried out the previous day.

Tokyo officials have estimated that up to 71,000 tests per day will be needed during the current sixth wave of the pandemic, based on the number of infections during the fifth wave last summer.

They said the metropolitan government has a capacity to handle 100,000 tests a day in the capital.

But with the surge caused by the Omicron variant, the metropolitan government has urged public health centers to prioritize the tests for familial infection cases and patients at risk of developing severe symptoms.

Metropolitan officials also asked infected patients themselves to inform those who have been in close contact about the risk.

As a result, the number of close-contact people who should take an administrative test has narrowed, and the number of such tests conducted has fallen far below the metropolitan government’s estimate.

Under the central government’s policy, Tokyo officials started providing free tests at the end of last year for asymptomatic people who worried they might be infected.

Metropolitan officials aimed to conduct 30,000 tests a day at pharmacies and other locations under this project, but only around 8,500 daily tests have been done, and the waiting lists for testing have grown.

In Osaka Prefecture, the number of COVID-19 tests taken has jumped recently, leading to a shortage of kits.

If the extra kits are unavailable, Yoshimura said he would temporarily suspend free testing in the prefecture for asymptomatic people and use the available kits for administrative tests.

The health ministry has urged manufacturers to increase production of antigen test kits.

Test kit makers Denka Co. and Fujirebio Inc. have been operating at full capacity since the start of the year.

Denka, which manufactures up to 130,000 kits a day, has changed its process for influenza test kits to produce ones for COVID-19.

The company has also added a night shift to catch up with demand.

Fujirebio is expected to continue to prioritize manufacturing test kits for COVID-19.