High court sides with journalist Ito in lawsuit over rape 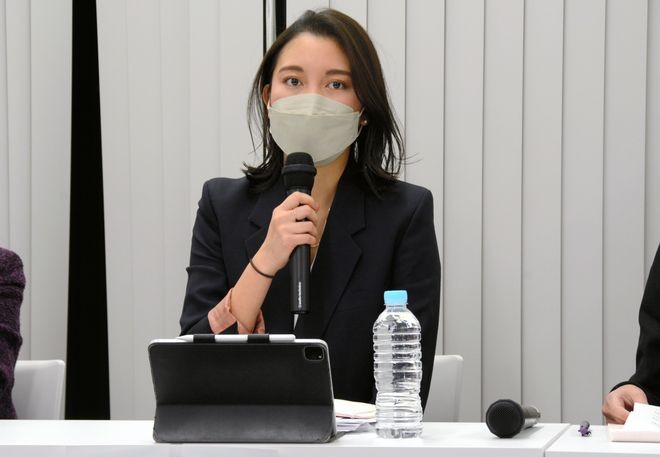 The Tokyo High Court upheld a lower court ruling that ordered a former TV reporter to pay damages to a journalist for sexually assaulting her at a hotel.

Noriyuki Yamaguchi, a 55-year-old former reporter at Tokyo Broadcasting System Television Inc., was ordered to pay around 3.32 million yen ($30,000) in damages to Shiori Ito, 32, for the mental anguish she suffered as a result of the “unwanted sex.”

Presiding Judge Takao Nakayama said in his Jan. 25 ruling that Yamaguchi never gained the consent of Ito. The ruling added about 20,000 yen to the amount originally ordered by the Tokyo District Court, as costs related to her medical treatment.

However, the high court also ordered Ito to pay 550,000 yen in damages to Yamaguchi after accepting his claim in a countersuit that she had defamed him by saying he had drugged her.

According to the high court ruling, Ito had food and drinks with Yamaguchi at a sushi restaurant in Tokyo in April 2015 to consult him about her job search.

She said that he raped her at a nearby hotel while she was unconscious.

The high court ruling said Ito and Yamaguchi were not in an intimate or even close relationship, and that Ito consulted with her friends and police about the incident a few days later.

The high court also said that Yamaguchi’s claim that the sex was consensual “cannot be believed as that was clearly far from what happened.”

The ruling also acknowledged that Ito was highly intoxicated when she arrived at the hotel, and that she was unconscious when Yamaguchi sexually attacked her.

On Yamaguchi’s countersuit seeking 130 million yen in damages from Ito, the ruling said her statements in a book and at news conferences that he used a date rape drug constitutes defamation and invasion of privacy because she provided no proof.

The ruling said the statement undermined Yamaguchi’s social reputation because it could be interpreted as saying that the sexual assault was premeditated.

It reversed the district court’s ruling that the statement did not constitute defamation.

Ito, who had sought around 11 million yen in damages from Yamaguchi, told a news conference after the ruling: “The court’s acknowledgment that the sex wasn’t consensual is significant. Through this court case, I wanted to highlight how society and laws should change regarding sexual crimes.”

Yamaguchi also held a news conference that day and made clear his intention to appeal the ruling to the Supreme Court.

Although he said he valued the court’s acknowledgment of the “untruth” about the date rape drug, “I am unhappy with the ruling as a whole.”

Police sent documents and evidence to prosecutors after Ito accused Yamaguchi of raping her.

But the Tokyo District Public Prosecutors Office decided not to indict Yamaguchi in 2016, saying there was insufficient evidence.