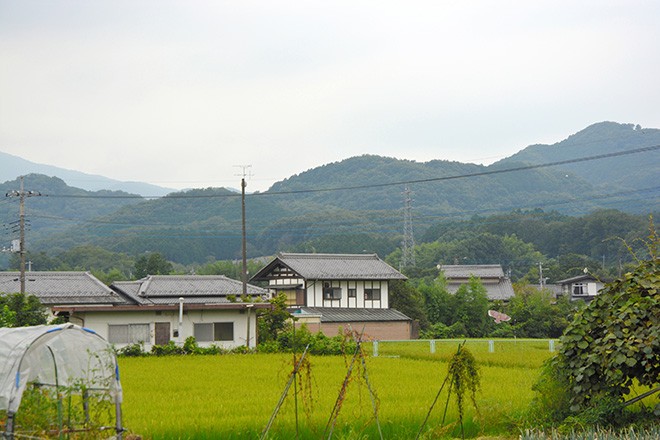 A plot of land halfway up a mountain is planned to be used for a solar power farm in Ogawa, Saitama Prefecture, according to local residents. This image was taken in August 2021. (Asahi Shimbun file photo)

Environment Minister Tsuyoshi Yamaguchi is raising a red flag over a mega solar plant planned by a private sector company in Saitama Prefecture.

He is demanding a wholesale review of the project, the first of its kind in the country, which comes as his ministry assesses the environmental impact of the project.

While the industry minister has the final say, Yamaguchi’s Jan. 25 opinion illustrates the challenge facing the government over how to follow the global trend of increasing renewable energy sources while balancing safety and conservation.

“(Yamaguchi’s opinion) is a message to prospective operators, driving home the importance of giving consideration to the environment and co-existing with local communities as the country is heading into an era of mass energy production with renewable sources,” said a senior official with the ministry.

The rampant development of solar power across the nation has emerged as a growing social issue.

The project in question concerns a 39.6-megawatt solar farm that will be built on an 86-hectare plot on the mountainside in the town of Ogawa.

Yamaguchi said the plan to bring 360,000 cubic meters of sand and earth--which is only half of the total anticipated--to the site to be used as fill dirt for the solar plant is “imposing a burden on the environment.”

He also said the company, Ogawa Energy Godo Gaisha, “did not explain the necessity of having to do so” in its project proposal.

Yamaguchi called on the company to “fundamentally re-examine the project” without having to bring in dirt from outside sources to “use the available soil within the town’s jurisdiction for landfill.”

An official with the ministry’s Office of Environmental Impact Assessment Review said the minister “deliberately used the word ‘landfill’” to signal caution against reckless use of earth and sand brought in from the outside.

The construction of a massive landfill is said to have escalated the July 2021 disaster in Atami, Shizuoka Prefecture, when a large-scale landslide left 27 people dead or missing.

The industry minister will issue a recommendation following the environment minister’s opinion.

If the industry minister concludes that Ogawa Energy’s safety measures are insufficient, the minister can order the project plan changed.

The company, based in Yorii in the prefecture, declined to be interviewed.

Mega solar projects have met opposition from local residents in recent years due to concerns about possible landslides and environmental destruction in their communities.

The staunch local opposition to the projects comes as the government pushes to increase the share of renewable energy, such as solar and wind power, in the country’s supply mix.

It plans to double the share of renewable power in fiscal 2030 from 18 percent in fiscal 2019.

According to the Ministry of Economy, Trade and Industry, the government is assessing the environmental impact of at least seven projects.

The Environment Ministry moved in April 2020 to reflect people’s concerns by placing solar power projects that output 30 megawatts or more under an environmental impact assessment.

In April, the ministry will introduce a program allowing local governments to set up a promotion zone for renewables within their jurisdictions, so long as planned energy projects meet the standards for environmental protection and contribution to local communities.