U.S. drones to be deployed at SDF base for 1st time 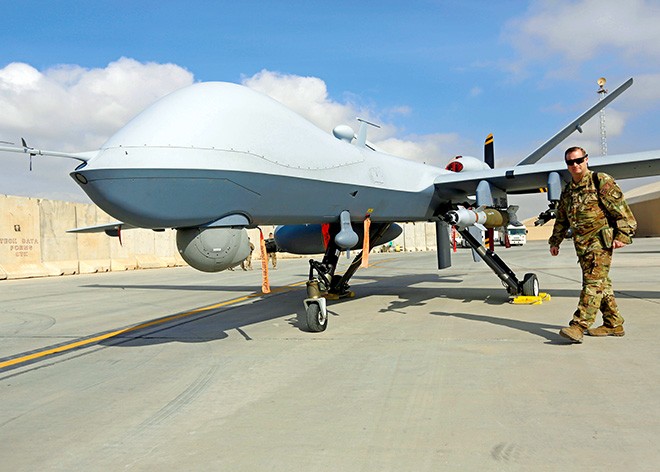 A U.S. Air Force officer passes in front of an MQ9 Reaper drone at the Kandahar air base in Afghanistan in January 2018. (Provided by Reuters)

Amid China's maritime aggression, the U.S. forces in Japan will temporarily deploy MQ9 Reaper drones at the Maritime Self-Defense Force's Kanoya Air Base in Kagoshima Prefecture, according to multiple government sources.

It will mark the first time that the U.S. military will deploy the high-flying drones at a base of any SDF branch. The aim is to heighten vigilance and surveillance to the southwest.

Around seven MQ9 Reapers are set to be deployed in the base. Nearly 100 U.S. military personnel will be stationed in Japan to operate the unmanned, long-range surveillance aircraft.

The drones are expected to be deployed at the base from as early as this spring, for about a year.

The Defense Ministry will brief local authorities near the base on the plan and start research necessary for the deployment.

Using an MSDF base for the MQ9’s deployment is aimed at improving the interoperability between the SDF and U.S. forces.

(This article was written by Kaigo Narisawa and Naoki Matsuyama.)