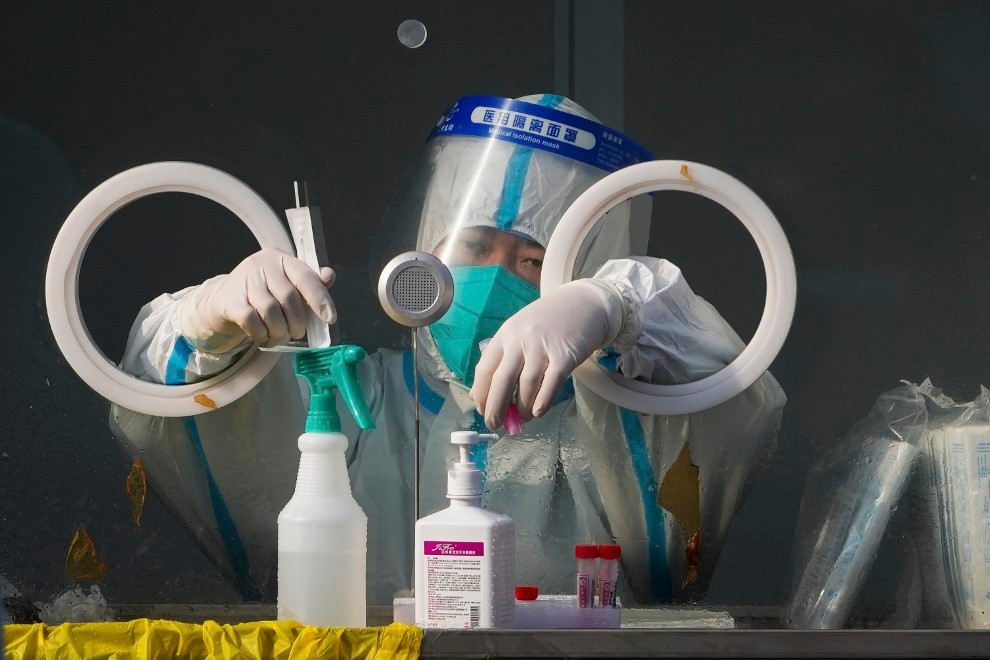 HONG KONG--Hong Kong may only reopen in early 2024 because of its stringent COVID-19 policies, which could trigger an exodus of foreign firms and staff and jeopardize its role as a financial hub, the city’s European Chamber of Commerce said in a draft report.

The limited effectiveness of locally developed vaccines is forcing mainland China to maintain tight restrictions on travel, the chamber said in the draft, which was reviewed by Reuters but has not been made public.

The European Chamber of Commerce declined to comment on the report.

The most likely scenario for Hong Kong would be that it would not reopen until China rolls out its mRNA vaccine across its 1.4 billion population, which could take until late 2023 or early 2024, it said.

If that was the case, the chamber said there was a risk of a “cascade effect” of firms leaving the Asian financial hub.

“We anticipate an exodus of foreigners, probably the largest than Hong Kong has ever seen, and one of the largest in absolute terms from any city in the region in recent history,” it said.

While Hong Kong has succeeded in keeping the virus under control for much of 2021, it has become one of the world’s most isolated places because of its travel restrictions and intermittent lockdowns that have accelerated a brain drain from the former British colony.

Hong Kong saw a surge of infections in January, which authorities have struggled to control.

Given the scenario, multinational firms would increasingly relocate China-focused teams to the mainland or shift their Asian regional teams to Singapore or Seoul, the chamber said.

Hong Kong could lose its appeal as an international business hub as well as its potential to contribute to China’s economy.

The departure of international talent could also undermine the city’s “potential to maintain world class universities,” it said.

Unlike the mainland, Hong Kong is dependent on business travelers and imported goods.

Its role as one of the world’s main transshipment and passenger hubs has been drastically curtailed by tough flight restrictions, which mean very few people are allowed to land and hardly anyone is allowed to transit.

In contrast, the rival financial hub of Singapore has eased its coronavirus curbs including border controls.

Only about 70 percent of people in Hong Kong have been double-vaccinated compared with 91 percent of Singapore’s eligible population.

Most of Hong Kong’s elderly people have not been vaccinated.

The chamber outlined other scenarios of “average likelihood” including the possibility of an uncontrolled outbreak in the mainland leading to Hong Kong sealing its boundary with China and reopening with the rest of the world.

Another scenario was an uncontrolled outbreak in Hong Kong, which would made any additional restrictions meaningless. This could cause up to 20,000 deaths among the elderly.

The chamber made recommendations to the government including accelerating vaccinations and shortening quarantine from 21 days to 7 to 14 days, which would please the international business community.

Foreign businesses should assume that Hong Kong would very likely be “semi-closed for international travel in the coming 12-36 months.” Talent, and holding on to it, would be “a precious commodity,” it said.