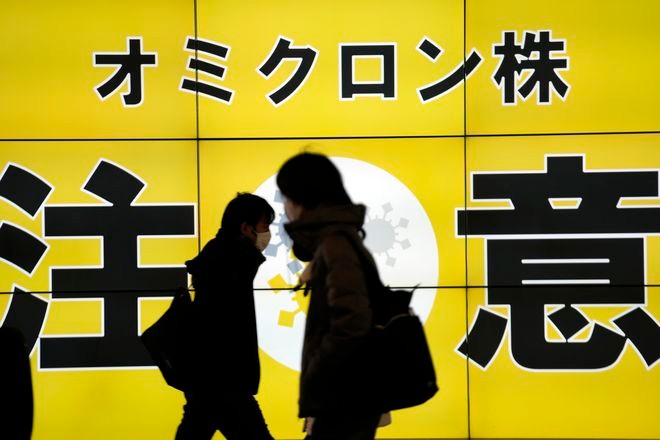 People wearing masks to help curb the spread of the coronavirus walk in front of a public awareness notice on the omicron coronavirus variant on Jan. 24 in Tokyo. (AP Photo)

Tokyo and Osaka topped the areas across the nation on Jan. 26 where record number of daily COVID-19 cases were again set, as the sixth wave of infections continues rampaging.

Pre-emergency measures have been in place for Tokyo since last week and those measures will also cover Osaka from Jan. 27.

Authorities in Hokkaido, which will also fall under pre-emergency measures from Jan. 27, reported a record 2,091 new cases on Jan. 26, the first time the daily figure has exceeded 2,000 in the main northern island.