Experts: ‘Stealth Omicron’ could be even more contagious 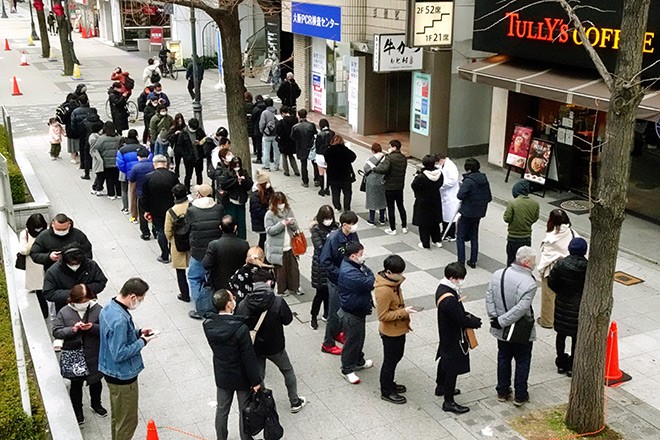 A health ministry advisory board warned on Jan. 26 that another version of the Omicron variant spreading overseas could be 18 percent more contagious than the one currently dominant in Japan.

But experts at the National Institute of Infectious Diseases said PCR tests conducted in Japan can still identify it as the Omicron variant.

Omicron is split into lineages, including “BA.1” and “BA.2,” depending on its genetic traits. The form of Omicron dominant throughout the world, including in Japan, is BA.1, but BA.2 is currently making gains in other countries.

“The spread of the Omicron variant is being driven further as BA.2 keeps replacing BA.1. We should be aware of BA.2’s contagiousness,” said Takaji Wakita, chair of the advisory board and head of the National Institute of Infectious Diseases.

The advisory board said the same day that some people in Japan have been identified as being infected with BA.2 through genome sequencing after undergoing tests at Japanese airports or other places within the country. The board has argued that genome sequencing should be conducted on more Omicron patients.

The board also said it cannot yet say how many people have been identified as infected with BA.2 in Japan because officials are still compiling the data.

It said that according to information from Denmark, BA.2’s effective reproduction number, which represents how many people become infected through one carrier, is 18 percent higher than BA.1.

Hiroshi Nishiura, a professor at Kyoto University who analyzed this information, said a roughly 20 percent increase in the effective reproduction number is not as great as the difference between the Delta variant and the standard Omicron variant. But it still shows that BA.2 is much more contagious than BA.1.

In countries such as Demark and Israel, where BA.2 is increasingly replacing BA.1 as the dominant Omicron strain, Omicron infections are spreading once again after having already peaked.

However, experts also suggested it may be the case that the hospitalization rates of patients infected with Omicron would not greatly differ between those infected with BA.1 and BA.2.