Panel: 35 should be indicted for taking vote-buying bribes 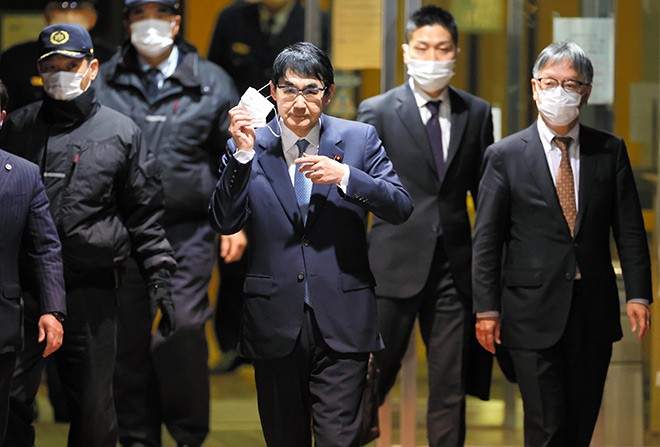 A prosecution inquest panel has decided that 35 local politicians and others in Hiroshima Prefecture should be indicted for receiving vote-buying bribes from a former justice minister and his wife during the 2019 Upper House election.

The Tokyo District Public Prosecutors Office in July 2021 decided that 100 local politicians, supporters and campaign staff should not be indicted on the grounds they were not in a position to refuse the cash handouts.

Former Justice Minister Katsuyuki Kawai was given a prison sentence after being found guilty of distributing 28.71 million yen ($248,000) for vote-buying purposes.

His wife, Anri, was convicted of conspiring with her husband, forcing her to give up the Upper House seat she won in the election. She was given a suspended sentence.

The 35 individuals covered by the prosecution inquest panel were one mayor, 11 Hiroshima prefectural assembly members, 18 municipal assembly members, an aide to a former Diet member and four staff members who worked on Anri’s campaign. They each received between 100,000 yen and 3 million yen.

Tokyo prosecutors will again open their investigation into the 35 local politicians and others. If they again decide not to indict, another prosecution inquest panel could take up the matter and if another decision to indict is handed down, court-appointed lawyers would serve as prosecutors to try the case.