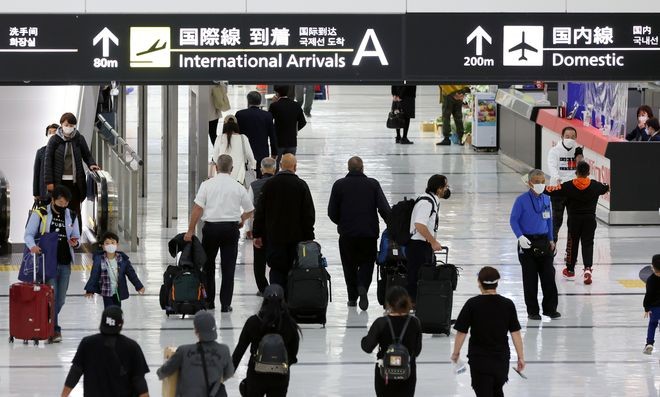 Foreign nationals wishing to study in Japan are barred from entry due to government border controls to combat the COVID-19 pandemic.

A survey of such individuals found that some have been waiting for as long as two years, and those whose opinion of Japan has gone down “considerably” or “somewhat” as a result made up more than 70 percent.

This figure was revealed at a Jan. 27 online news conference held by international students hoping to study in Japan and their supporters.

Nearly 40 percent of the hopefuls said they would “consider cancelling their plans unless they are allowed to enter Japan by April.” Some are also contemplating switching their destination to South Korea.

These responses reveal the ambivalent feelings of those young people who were once strongly attracted to Japan.

According to one estimate, more than 140,000 people are waiting to study in Japan.

The government does not intend to amend its basic guideline on border restrictions until the end of February. But surely that will come too late for students who hope to be in Japan for the start of the new scholastic year in April?

The news conference was held in the hope of getting the government to rethink its policy.

“I don’t want to give up (studying in Japan),” said an Italian student who is majoring in Japanese literature, working part time in Italy and forced to attend online lectures streamed during the night or early in the morning, local time.

I can only imagine how stressful it must have been for young people stuck in limbo all this time.

Japan's border restrictions are being criticized in foreign media as a throwback to the old “sakoku” national isolation policy.

That may well be so.

However, even during the more than two centuries of sakoku under the Tokugawa Shogunate, there were some open doors.

One was in Nagasaki, where goods and information were exchanged with the Netherlands and China, while another in Tsushima was a portal for interaction with Korea.

How long does the government intend to keep closed the academic portal that enables foreign and Japanese students to stimulate and enrich one another?

Unlike tourists who are in Japan for a short time, students are here for a long haul. Setting their quarantine period at a reasonable length should be the solution to allowing them into Japan without compromising the basic rules of border control.