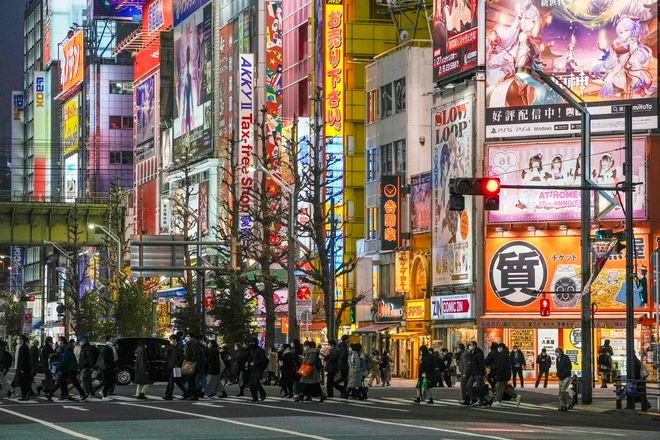 The scene at a pedestrian crossing in Tokyo on Jan. 26 (AP Photo)

The figure for Tokyo was down 198 from the record reached the previous day.

The daily average of new cases in the capital for the week ending Jan. 29 came to 13,781.7, an increase of 92.9 percent over the average of the previous week, metropolitan government officials said.

Twenty-two patients had symptoms serious enough to require the use of a ventilator or other equipment to breathe. The figure was an increase of two from the previous day.