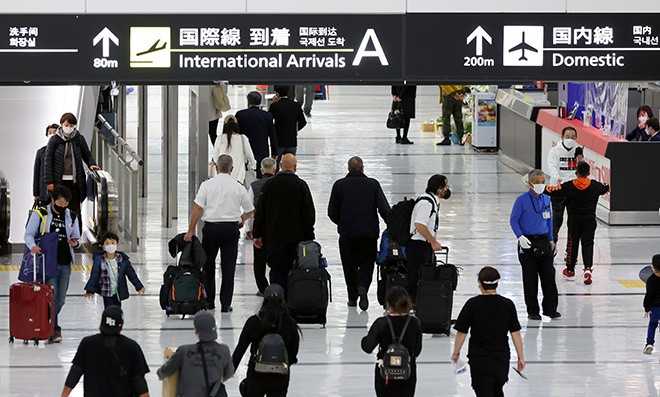 The number of foreigners who entered Japan last year plummeted by 91.8 percent from a year earlier to 353,000, the lowest since 1966, because of stricter border controls imposed against the novel coronavirus.

The figure, released by the Immigration Services Agency on Jan. 28, was the second straight annual drop since pre-pandemic 2019, when a record 31.187 million foreigners were admitted to the country.

Agency officials noted that the government further tightened its border controls in 2021 by banning, in principle, new entries of foreign nationals, excluding re-entries of those with residency status, on Jan. 21 that year.

The figure was a combined 64,000 for July and August, when Tokyo hosted the Summer Olympics and Paralympics.

But the monthly figure hovered around 10,000 for other periods.