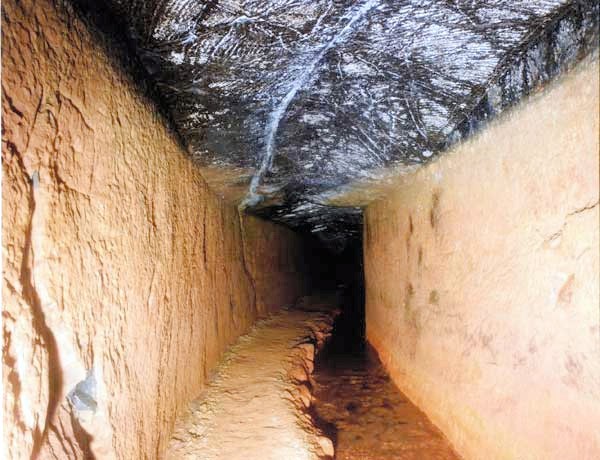 As so often occurs in such bilateral meetings, the 35-minute session on Feb. 3 turned to historical grievances between the two countries.

Hayashi and South Korean Foreign Minister Chung Eui-yong confirmed the need for close cooperation in dealing with Pyongyang after North Korea launched ballistic missiles on Jan. 30, which is what prompted Tokyo to request the call.

But during the talks, Chung protested Japan’s recent decision to nominate the ancient gold and silver mines on the island of Sado in Niigata Prefecture for designation as a UNESCO World Heritage site.

Ministry officials said that “the South Korean side made statements based on its own arguments,” which prompted Hayashi to protest since Japan could never accept its thinking on the matter.

South Korean Foreign Ministry officials in Seoul said Chung expressed his deep disappointment to Hayashi over the Sado gold mine nomination and protested on the grounds that “the Japanese government has continued to ignore the history of Korean laborers brought to work in those mines.”

Chung also criticized the 2015 designation of the “Sites of the Meiji Industrial Revolution” as a World Heritage site. The site includes the Hashima Coal Mine, located on a tiny speck of rock known as “Battleship Island” off the coast of Nagasaki city, where Korean laborers worked during the war.

He said Japan’s explanation of how it used Korean laborers on the island remains insufficient and added, “I strongly ask that Japan faithfully implement its promised measures” to provide clearer explanations.

Hayashi also raised long-held concerns about South Korean court rulings related to Korean laborers brought to Japan during World War II and the former “comfort women” who provided sex to Japanese military personnel before and during the war. He again asked that Seoul deal with the issues appropriately because bilateral ties have become seriously strained from the matters.

Still, the meeting ended with some success.

And they agreed to work closely together both bilaterally and jointly with the United States under the shared understanding that Pyongyang’s activities pose a grave threat to the peace and stability of Japan, East Asia and the world.

Since becoming foreign minister in November, Hayashi has conducted conference calls with several of his counterparts, but the Feb. 3 call was his first with Chung.

(This article was written by Yuichi Nobira in Tokyo and Takuya Suzuki in Seoul.)