Study: Japan will need 4 times as many foreign workers by 2040 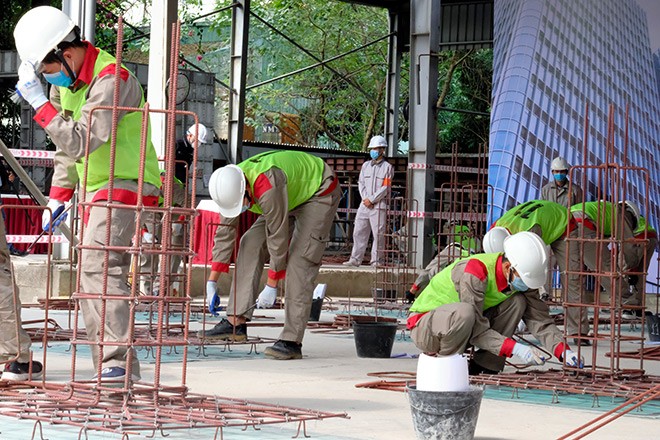 Vietnamese in Hanoi in March 2021 take part in a test to gain a specified skilled worker visa for work in Japan. (Asahi Shimbun file photo)

Japan will need 6.74 million foreign workers in 2040, roughly four times more than it has today, to reach the government’s economic growth target, a study showed.

Under its current arrangements of accepting foreign workers, the government will face a foreign labor shortage of 630,000 people by 2030 and 420,000 by 2040, according to the study released on Feb. 3.

The study, published by the Japan International Cooperation Agency (JICA), the Development Bank of Japan Group’ s Value Management Institute, and others, is believed to be the first long-term estimate on supply and demand for foreign workers in Japan.

The research team says it will be a useful starting point in discussing future policies concerning foreign workers in Japan.

Based on the government’s economic growth scenario, the team calculated Japan’s hypothetical target for GDP at 704 trillion yen ($6 trillion) in 2040, a 36 percent increase from the figure in 2015.

The researchers estimated that Japan will need 4.19 million foreign workers in 2030 and 6.74 million in 2040, to achieve the GDP target. The estimates took into account the country’s anticipated decline in the working population, expected increases in capital investment for automation, and other factors.

According to the Ministry of Health, Labor and Welfare, around 1,727,000 foreign workers were in Japan as of the end of October 2021.

Among them were around 350,000 technical interns under the government’s trainee program, and 330,000 others who received permission, called “shikaku gai katsudo kyoka,” to engage in activities that would otherwise be unauthorized under their assigned residence status.

For example, foreign students can receive that permission when they engage in part-time jobs.

The team also analyzed the demographics and economic growth rates of 13 Asian countries, including China and Vietnam, that have been sources of foreign workers in Japan, as well as the average length of time such workers stay in Japan.

The team concluded that expected economic growth or declining birthrates in these countries will likely intensify international competition for foreign workers in the future.