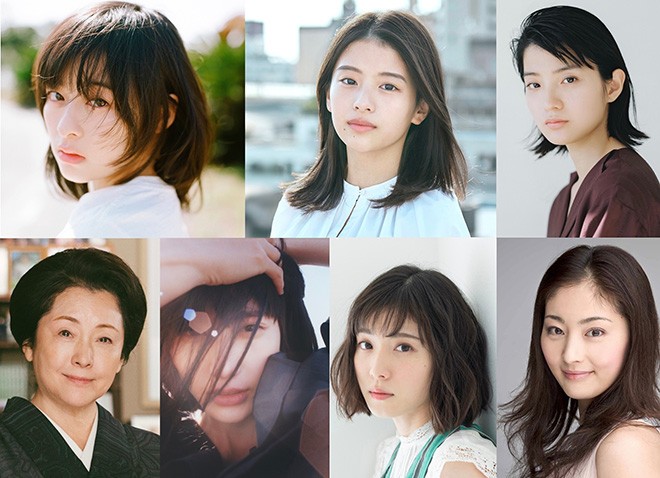 Cast members of “The Makanai: Cooking for the Maiko House” (Provided by Netflix)

Film director Hirokazu Kore-eda is teaming up with Netflix Inc. for the first time to make a nine-episode drama series to be streamed later this year.

The award-winning filmmaker serves as showrunner, director and screenwriter for “The Makanai: Cooking for the Maiko House.”

It is based on “Maiko in Kyoto: From the Maiko House,” a manga by Aiko Koyama currently running in Weekly Shonen Sunday comic anthology.

Set in a “kagai” traditional entertainment district in Kyoto, the story portrays the everyday life of Kiyo, who works as a “makanai” to prepare meals for “maiko” apprentice geisha. She lives in a maiko house with apprentice geisha, including Sumire, a friend who came from Aomori Prefecture with Kiyo.

Genki Kawamura serves as producer for the series.

“This is not the story of people left behind by the times, but rather one that might provide us with a hint for how we should live in a post-COVID-19 world,” Kore-eda said in a statement.

Last November, Netflix announced it would be teaming up with Kore-eda to produce a film and a series.

At the time, the director promised in a video message that the movie would be different in scale from his previous works. He also said the prospect of working with young directors was a factor behind his decision to work on the drama series.

Netflix has yet to reveal when the series will be streamed or provide more information about the film project.