A Chinese man who wants to attend the Tokyo University of the Arts’ graduate school voices dismay at Japan’s extended entry ban on foreign travelers. (Provided by the man) 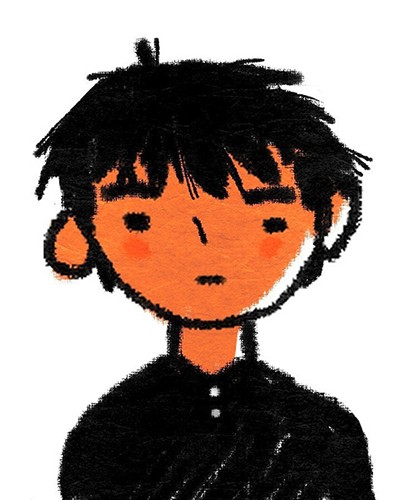 Foreign applicants clinging to hopes of studying in Japan have seen their dreams dashed again for probably another year because of Japan’s extended entry ban on travelers from abroad.

One hopeful in his 20s who lives in China has been preparing for the entrance exam for the Tokyo University of the Arts’ graduate school for 18 months.

His heart sank when he read an email from the school in late December.

“Even if you cannot enter Japan to take the exam, we will not take any special measures, such as holding remote or makeup exams,” the email said.

The Japanese government on Jan. 11 extended the entry ban until the end of February, meaning it will likely be impossible for the man to enter Japan by mid-February, when the university holds the entrance exam.

He is not the only one feeling left out.

The spread of the Omicron variant of the novel coronavirus prompted Japan to reimpose its ban on new entries of foreigners on Nov. 30.

The government later made an exception to the restrictions by allowing 87 foreigners studying at the government expense to enter the country.

However, that number makes up only a tiny fraction of the more than 140,000 people estimated to be waiting to study in Japan.

The man in China majored in animated cartoons at a university in the country. When he was a junior, he studied in South Korea and saw films created by students from the Tokyo University of the Arts. He was fascinated by the works and set his sights on studying at the university.

After graduating from his university in June 2020, he began preparing for the entrance exam for the graduate school in Japan.

But he couldn’t sit for the exam for enrollment in fiscal 2021 because of COVID-19-related entry restrictions.

He decided to give it another shot because he “didn’t want to give up on my dream so easily.”

Hoping to obtain a student visa to enter Japan, he applied to a Japanese language school and received a certificate showing he is eligible to stay in the country in November last year. He continued studying for the exam.

But the Japanese government’s latest entry ban derailed that plan.

“Honestly, I’m no longer as enthusiastic as I was during my junior year,” he said. “I’m very sad.”

In September and November last year, the education ministry asked presidents of national, public and private universities in writing to ensure that applicants from overseas can take entrance exams without traveling to Japan.

The faculty of the Tokyo University of the Arts received each directive issued by the ministry and discussed how to respond. But the university decided not to provide alternative opportunities to those who could not take the entrance exam in Japan.

“We considered allowing online drawing, painting or music performances,” a university official said. “But we can’t evaluate the works and performances without looking at or listening to them in person.”

Some other universities apparently can do so.

An official from the Kyoto City University of Arts said the university allows applicants to take online entrance exams for its graduate school upon request.