50,000 trainees stuck in Vietnam, waiting for Japan to open up

By KOSUKE SO/ Correspondent 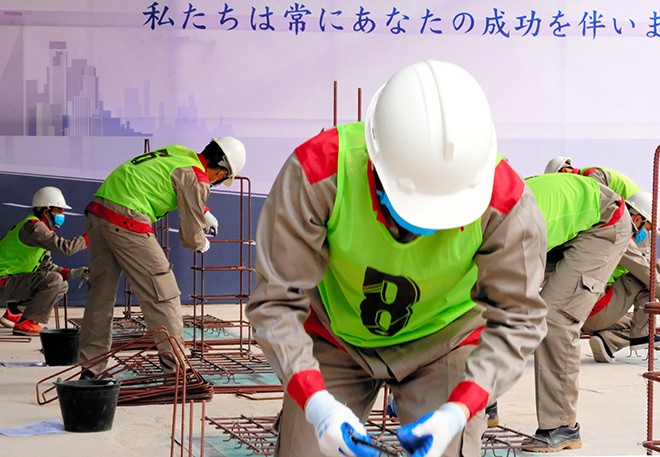 Vietnamese take a test in Hanoi in March 2021 to qualify as specified skilled workers in Japan. (Kosuek So)

HANOI--About 50,000 Vietnamese planning to work as technical intern trainees in Japan have been stuck in limbo in their home country for about two years because of the Japanese government’s continued strict border controls.

With no access to Japan or a paycheck, frustration has grown among the would-be trainees, particularly if they have loans to pay back.

Japan started restricting entry of foreigners in March 2020 when the novel coronavirus was spreading around the world. The Japanese government recently re-imposed and extended the entry ban to the end of February in light of the Omicron variant of the virus.

Le Viet Tan, a 20-year-old who lives in Ha Tinh province in central Vietnam, expressed exasperation over Japan’s policy of not allowing nonresident foreigners to enter the country.

“It is unfair that Japan targets only foreigners for no-entry,” he said.

Tan was supposed to start his internship at a machine processing plant in Japan in October 2020.

But Japan “closed” the country, which has taken a heavy toll on his future plans.

Tan took out bank loans of about 500,000 yen ($4,330) to finance the cost of his trip to Japan and cover the fees charged by a Vietnamese organization that arranged for his job training in Japan.

Although he still cannot travel to Japan, he has been forced to begin paying back the debt.

“What will happen to me and my family if I am unable to go to Japan?” he said.

The Vietnamese government in January moved to significantly ease its restrictions on overseas arrivals, including shortening their self-isolation period to three days after their entry to Vietnam.

Regular flights between Japan and Vietnam are available now, enabling Vietnamese interns to return home after being stuck in Japan amid the health crisis although their training periods ended long ago.

But the traffic flow is only going one way, and that has hurt Japanese employers that rely on foreign workers, particularly those in the countryside.

“We are seeing a shortage of workers in every sector because the holes left by the trainees’ return to their country have not been filled,” said a senior official with a management organization in Chiba Prefecture who works as an intermediary between trainees and employers.