EDITORIAL: Time for Japan to open up its border and embrace world 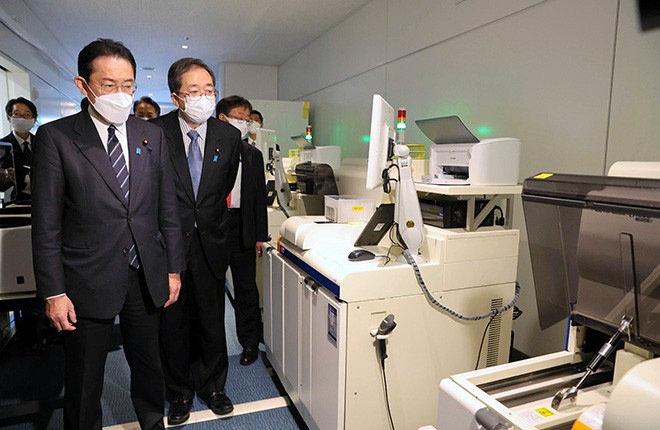 Japan’s stringent COVID-19 border controls have been in place for far too long, which has had ramifications across a wide range of areas.

Prime Minister Fumio Kishida pledged over the weekend to consider easing the restrictions.

We urge the government to swiftly review the rules. It is time for Japan to reopen its border to those longing to study or work here.

Japan has maintained a closed door policy, in principle, for foreign nationals since January last year.

The government planned to ease the travel ban in November but retracted the policy after the emergence of the Omicron variant of the novel coronavirus. Only 150,000 or so foreign nationals were permitted entry in 2021, less than 1 percent of the total for 2019.

While acknowledging the necessity of border controls, Asahi Shimbun editorials have argued that steps to block the inflow of people should not remain in place for longer than is reasonably necessary.

We have also called for flexibility in responses to changes in the COVID-19 situation and progress in research in new variants.

More than a month has passed since the sixth wave of infections, triggered by the Omicron variant, started sweeping the nation.

There is no longer any strong rationale for maintaining border control measures, which are far more strict than those in other major industrialized nations.

The restrictions are now doing more harm than good.

We urge the government to switch to the international standards of border control, which are comprised of rigorous COVID-19 testing on arrival and a certain period of isolation. These steps should be applied equally to both Japanese and foreign nationals.

But it should be noted that travel restrictions violate the rights of individuals, hamper economic and social activities and undermine the interests of many people and organizations.

In particular, the predicament of young people overseas wishing to study in Japan cannot be overlooked.

About 11,000 foreign students, mostly those on government scholarships, were allowed to enter Japan in 2021, less than 10 percent of the figure for 2019.

More than 140,000 foreign students were blocked from entering Japan last year. Many of them have bided their time by studying online, but a fair number opted to pursue their studies in other countries.

Studying in Japan is often a first step that young people in other parts of the world take before deciding to work in this country or in jobs related to Japan in their home countries in the future.

The entry ban is also a significant disservice for Japan’s national interest.

It causes Japan to lose many potential foreign friends who know and understand this nation well. It has also robbed some young Japanese people of opportunities to study overseas as other countries refuse to accept them under the principle of reciprocity.

The inflow of foreign nationals into Japan under the Technical Intern Training Program has also evaporated.

The current system has shortcomings with regard to the protection of human rights of foreign nationals. But the disruption of the program, designed to provide employment opportunities for foreign nationals in Japan, is causing serious damage to both sides.

The program’s effective shutdown has deprived foreign nationals of opportunities to work in Japan while receiving training to acquire work skills and also dried up a source of manpower for Japanese businesses suffering from staffing shortages.

Companies have voiced extreme frustration about the travel ban, which makes it impossible for their employees staying or living overseas to come to Japan.

The government is apparently considering raising the daily quota of new entries to 5,000 from the current 3,500. But it needs to make preparations for a more substantial easing of its border control measures.

Obviously, the government needs, among other things, to simplify immigration control procedures and enhance the quarantine system.

Schools and companies planning to accept foreign students and workers also need to do their bit by providing vehicles for transportation as well as facilities for new arrivals to self-isolate.

Japan needs to win international trust by demonstrating its commitment to keeping its border open to the rest of the world while taking policy measures to maintain international exchanges as much as possible despite the pandemic.