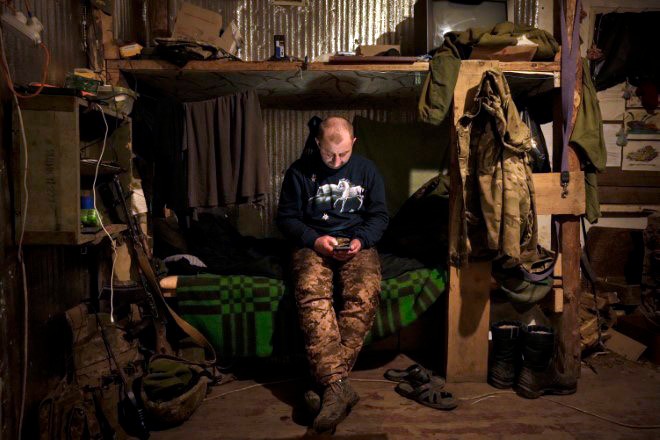 WASHINGTON--Russian President Vladimir Putin’s massive troop buildup along Ukraine’s border has left the West struggling to pinpoint if or when he might actually launch a military campaign.

U.S. intelligence has been closely monitoring troop, equipment and other moves in the region, while trying to factor in international events, like the Beijing Olympics and an upcoming meeting of Western allies.

Only Putin knows for sure what he will do, U.S. officials concede. But that hasn’t stopped the United States and its allies from trying to make more specific predictions as it warns citizens and embassies in potential danger, putting a strain on relations with Ukraine.

Russia has more than 100,000 troops massed near the border of Ukraine. It denies Western accusations that it is planning an invasion but says it could take unspecified “military-technical” action unless a range of demands are met, including barring Kyiv from ever joining the NATO alliance.

The White House stressed an attack could be imminent on Monday, a message it has repeated often in recent days.

“We are in the window where an invasion could happen at any time,” said White House deputy press secretary Karine Jean-Pierre. “It could begin this week.”

On Monday, Ukraine President Volodymyr Zelenskiy asked them to come back in a video address to the nation.

“They tell us Feb. 16 will be the day of the attack,” he said, without saying who ‘they’ was. That stirred confusion in global markets and a sell-off in the S&P 500 index.

Ukrainian officials stressed that Zelenskiy was not predicting an attack on that date, however, but responding with skepticism to foreign media reports pinpointing Wednesday.

The Pentagon said Monday to expect anything but a warning from Putin.

“I won’t get into a specific date, I don’t think that would be smart. I would just tell you that it is entirely possible that he could move with little to no warning,” Pentagon spokesman John Kirby told reporters.

White House national security adviser Jake Sullivan said last week that Russia might not wait until the Winter Olympics in China end on Feb. 20, a reversal of a commonly-held belief that Putin would not want to spoil Chinese President Xi Jinping’s big sports event with a war.

The Munich Security Conference in Germany, an international gathering of foreign policy leaders on Feb. 18-20, could be another trigger. The Crimea crisis unfolded while the Munich conference was held in 2014, focused on violent clashes between the government and opposition in Ukraine.