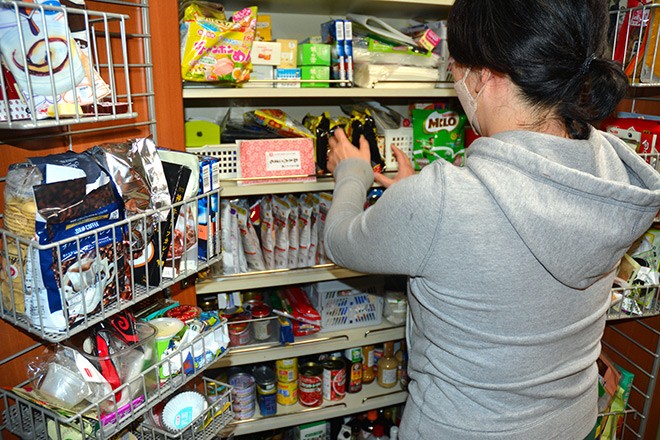 A woman on Feb. 10 says she began stockpiling non-perishables after having difficulty obtaining food during her 10-day self-isolation period at her home in Kawagoe, Saitama Prefecture, to recover from COVID-19. (Takemichi Nishibori)

A COVID-19 patient in his 80s became the first to die from the disease in Tokyo while recuperating at home during the current sixth wave of infections, the metropolitan government announced on Feb. 14.

The man, one of seven COVID-19 patients whose deaths were reported in the capital the same day, was recovering at home by his own choice while a local public health center was monitoring his condition.

Ibaraki Prefecture also announced the death of a COVID-19 patient in his 70s resting at home. The man had a pre-existing condition, but his doctor deemed it unnecessary for him to be immediately hospitalized because he had only mild symptoms.

As of Feb. 9, a record 547,467 COVID-19 patients were recuperating at home nationwide, the health ministry reported on Feb. 14.