Japan offers Ukraine $100 million in loans in show of support 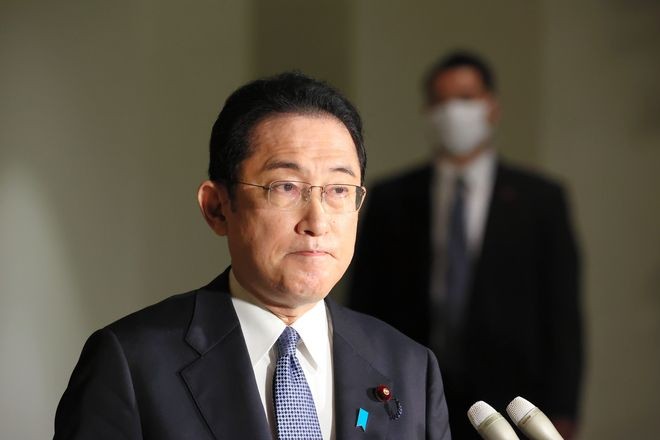 Prime Minister Fumio Kishida meets reporters at the prime minister's office in Tokyo on Feb. 15 after he talked with Ukrainian President Volodymyr Zelenskiy on the phone. (The Asahi Shimbun)

Japan is ready to extend at least $100 million in emergency loans to Ukraine, Prime Minister Fumio Kishida told Ukrainian President Volodymyr Zelenskiy on Tuesday, the Japanese government said in a summary of their phone call.

The offer comes as Russia has amassed more than 100,000 troops near the Ukraine border, raising fears of war and casting a shadow over the Ukrainian economy. Moscow denies planning to invade Ukraine, accusing the West of hysteria.

Zelenskiy expressed his gratitude for the offer, according to the written summary of the two leaders' exchange.

Afterwards Kishida told reporters he had agreed with Zelenskiy to pursue diplomatic efforts tenaciously to ease tensions over the Russian military buildup.