Pre-emergency measures likely to end on Feb. 20 in 5 prefectures 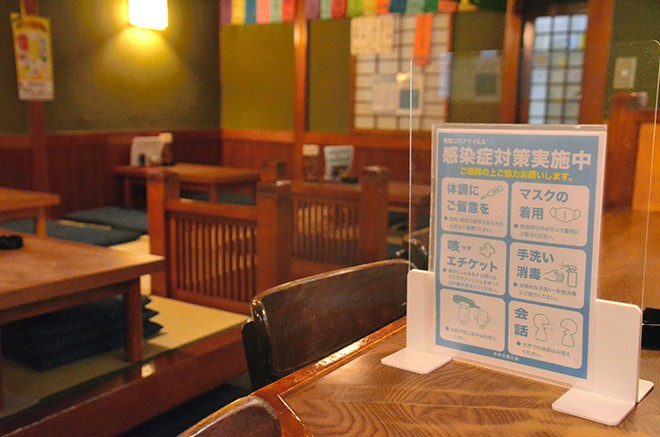 The central government will likely lift the COVID-19 pre-emergency measures for Okinawa, Yamaguchi, Shimane, Oita and Yamagata prefectures on Feb. 20, but the restrictions will continue in 16 prefectures beyond the scheduled deadline, sources said.

The pre-emergency measures include shortened business hours for restaurants and drinking establishments to fight the current wave of novel coronavirus infections.

Oita Prefecture on Feb. 17 decided to ask the central government to lift the measures, citing a decline in new COVID-19 cases. Okinawa, Yamaguchi, Shimane and Yamagata prefectures are not seeking an extension following week-on-week decreases in new infections up to Feb. 15.

Following the spread of the Omicron variant in Japan, pre-emergency measures were imposed in Okinawa, Yamaguchi and Hiroshima prefectures on Jan. 9.

Thirty-six of Japan’s 47 prefectures, including Tokyo, are now covered by the measures, although the deadline varies from prefecture to prefecture.

Government officials are considering an extension of two to three weeks for the 16 prefectures, according to the sources.

Japan is also preparing to ease its border controls in March by allowing about 5,000 people to enter the country a day, up from 3,500.

It also plans to lift, in stages, the entry ban on nonresident foreigners, such as businesspeople and technical intern trainees, but not tourists, the sources said.

Government officials are also considering changes to the current seven-day quarantine period for entrants to Japan.

If the entrants have received booster shots or are coming from countries where the risk of contracting the novel coronavirus is deemed low, the quarantine may be waived or the self-isolation period may be shortened to three days.