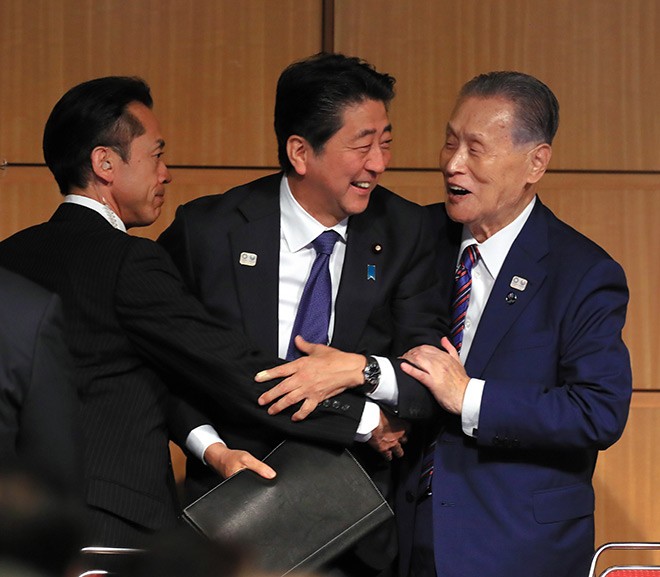 Ishikawa Prefecture in central Japan, long a conservative stronghold, has been led by Masanori Tanimoto for seven terms, the longest tenure of any sitting governor in Japan.

But when Tanimoto, 76, announced last autumn that he would not seek an eighth term, the cork that had kept political animosity under control came loose.

Now, a grudge going back half a century has thrown the gubernatorial election, which officially began on Feb. 24, into turmoil.

The political bad blood in Ishikawa Prefecture stems from medium-sized electoral districts that were in place before reforms for Diet elections led to the current system of single-seat districts with a proportional representation constituency.

Under the old system, each district elected three to five members, meaning that the ruling Liberal Democratic Party often needed at least two winning candidates in each district to gain a majority.

In the 1969 Lower House election, one candidate who won his first term in the Ishikawa No. 1 district was Yoshiro Mori, who would later become prime minister.

Another candidate winning for the first time in the same district was Keiwa Okuda.

Mori and Okuda would compete for the most votes in that district because they belonged to LDP factions led by two politicians who fought over who would become prime minister.

Mori’s faction leader was Takeo Fukuda, while Okuda belonged to the faction led by Kakuei Tanaka.

Mori is the only surviving member of the four. But past defeats still cast a long shadow today.

The battle between Mori and Okuda came to a head in the 1994 gubernatorial election when Tanimoto won his first term.

Tanimoto received the backing of Okuda and defeated a candidate pushed by Mori.

Although Okuda died four years after that election, Ishikawa prefectural politics is still considered a contest between the so-called Okuda and Mori factions.

Mori has never forgiven Tanimoto for defeating his candidate 28 years ago. Even before Tanimoto announced he would not seek an eighth term, Mori told close associates that he intended to back Hiroshi Hase, 60, an LDP Lower House member in the gubernatorial election.

Hase decided not to run in the September Lower House election and instead prepared for the gubernatorial election.

Those who felt that Mori had effectively pushed Tanimoto out the door rallied behind Shuji Yamada, 67, a former Upper House member.

Yamada belongs to the same LDP faction that Mori once led. The faction is now headed by Shinzo Abe, another former prime minister.

When Yamada indicated his intention to run, Abe summoned him to his office a number of times and tried to persuade him to drop his candidacy.

Abe’s reasoning was that an Upper House by-election would have to be held if Yamada gave up his Diet seat to run for governor.

But Yamada did not budge. On Dec. 24, he announced he was resigning from the Upper House and running for governor.

To further complicate matters, Yukiyoshi Yamano, 59, a former mayor of Kanazawa, the Ishikawa prefectural capital, has also thrown his hat into the ring.

The LDP Ishikawa chapter has not endorsed a specific candidate and is allowing members to decide on their own how to vote.

The opposition parties have also decided to back different candidates.

Junior coalition partner Komeito is also leaving the decision on who to vote for up to local party members.

The fourth candidate is Hiroko Iimori, 62, who heads a prefectural chapter of a women’s group and is supported by the Japanese Communist Party.

The vote will be held on March 13.