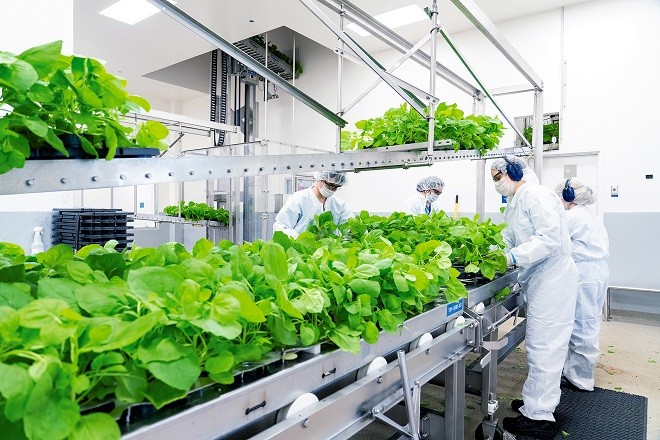 Japanese pharmaceutical giant Mitsubishi Tanabe Pharma Corp. announced that a COVID-19 vaccine derived from a type of tobacco plant and developed by Medicago Inc., the Osaka-based company’s subsidiary in Canada, had been approved for human use by Ottawa.

The company said Feb. 24 it marked the first time in the world for a plant-based vaccine to win such approval. The vaccine is of a type that uses “virus-like particles,” which mimic the structure of a virus. It is made by introducing genes of the virus into leaf cells of Nicotiana genus plants.

MTPC said it is hoping to apply for approval of the vaccine in Japan this summer.

The final phase of a clinical trial in North America and elsewhere showed that the vaccine proved 75.3 percent effective in preventing symptomatic infection with the Delta variant of the novel coronavirus. The figure for the Gamma variant was 88.6 percent.

Less than 10 percent of the test subjects developed a fever of 38 degrees or more following two shots of the vaccine, and no serious side effects were observed.

Efficacy of the vaccine against the Omicron variant that is now raging worldwide is currently being tested, company officials said.

Nicotiana genus plants were chosen because they grow quickly and produce virus-like particles in large amounts in a short time.

COVID-19 vaccines produced by other manufacturers have to be stored at very low temperatures to be effective.

But MTPC’s vaccine can be kept in a refrigerator at temperatures of 2 to 8 degrees, making it easier to handle and reducing transportation costs, the officials said.

Medicago signed an agreement to sell 76 million doses of the vaccine to the Canadian government. It will start supplying doses shortly.

The approval, however, is contingent on only being used on those who are being vaccinated against COVID-19 for the first time. Medicago is hoping the vaccine will also be approved in the future for a booster, or third jab.

Clinical trials of the vaccine started in Japan last autumn.

MTPC plans to combine the trial outcome with clinical study results obtained outside Japan and file an application with the Japanese health ministry for approval between July and September, the officials said.