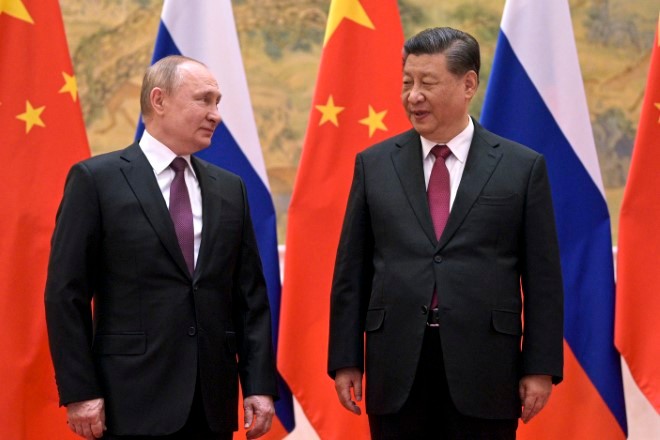 China has implemented some sanctions imposed by the United States and its allies against Russia over the invasion and spoke in favor of Ukrainian sovereignty last week, White House press secretary Jen Psaki said in an interview with MSNBC.

However, she made clear Beijing should do more.

“This is not a time to stand on the sidelines. This is a time to be vocal and condemn the actions of President Putin and Russia invading a sovereign country,” White House press secretary Jen Psaki said in an interview with MSNBC.

She said U.S. President Joe Biden has not spoken with Chinese leader Xi Jinping recently and did not rule out a call in the future.

“But there’s also important steps for the Chinese leadership to look at themselves and really assess where they want to stand as the history books are written,” Psaki said.

Biden himself took only a veiled swipe at China last week after Beijing rejected calling Moscow’s move an invasion and urged all sides to exercise restraint.

“Putin will be a pariah on the international stage. Any nation that countenances Russia’s naked aggression against Ukraine will be stained by association,” Biden said without naming China.

Psaki’s comments on Sunday were more pointed, coming hours after Putin ordered his military command to put Russia’s nuclear deterrent on high alert in the face of a huge Western response to his war on Ukraine.

China is Russia’s biggest trade partner for both exports and imports, buying a third of Russia’s crude oil exports in 2020 and supplying it with manufactured products from cell phones and computers to toys and clothing.

The United States, Britain, Japan, Canada, Australia and the EU unveiled more sanctions on Moscow on top of penalties last week, including a move by Germany to halt an $11 billion gas pipeline from Russia.