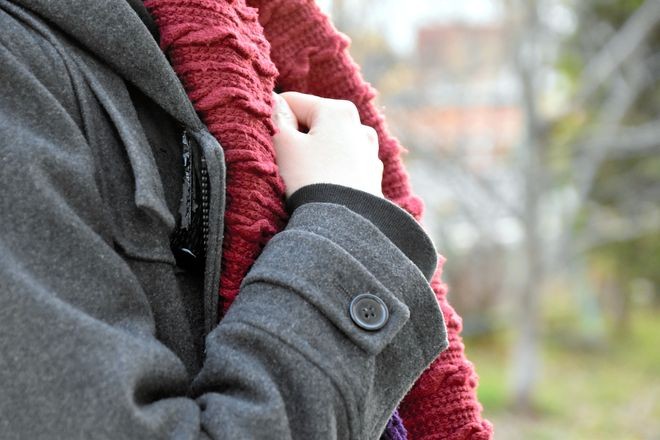 As a transgender man with an attention deficit hyperactivity disorder (ADHD), Mika Yakushi knew firsthand the problems of finding work as a sexual minority.

So, the nonprofit organization ReBit, established by Yakushi to support employment of sexual minorities, opened the Diversity Career Center (DCC) in Tokyo's Shibuya Ward on Dec. 1.

The new employment support center targets sexual minorities with mental or developmental disorders, who often fall between the cracks under the current welfare system.

“Being an LGBT is not a disability, but people with such a gender identity or sexual orientation are more likely to struggle with mental health problems partly due to a lack of understanding in society,” said Yakushi, 32.

Employment support centers for people with disabilities provide job training and other assistance to those who are seeking employment at companies instead of other forms of work offered specifically for them. Some 36,000 people were using the services at around 3,000 centers nationwide as of September 2021.

The DCC is the first one in the country that promotes its LGBT-friendliness, according to ReBit.

Nine job seekers are currently using the center, located on the fourth floor of a building situated along the Koshu Kaido road near Hatsudai Station on the Keio New Line.

Yakushi said many of the job seekers have no other place to turn to because existing welfare services are not designed to serve the needs of sexual minorities with mental or developmental disorders.

ReBit surveyed 260 such people last May. Of these, 88.2 percent said they were harassed during interviews or other processes in screening job applicants, while 76.8 percent said they felt uneasy about or had difficulty using public administrative and welfare services for people with disabilities or job seekers.

“Officials get confused about what to do when I tell them I’m an LGBT with a developmental disorder,” said one respondent.

Yakushi disclosed his gender identity to his colleagues at an advertising agency he joined after graduating from university.

But he found it difficult to tell them about his developmental disorder and chose to push himself harder at work instead. He ended up suffering from an autonomic imbalance and left the company.

Since he established ReBit in 2009, Yakushi has seen people facing multiple challenges hesitate to use public administrative and welfare services and kill themselves in despair.

“Whether users can rely on safety nets without concern is a matter of life and death for them,” he said. “I want to offer welfare services that are accessible to everyone.”

Yakushi said the center has already received many requests for consultations from across the nation. He is determined to build a support system that other centers can model themselves on by working with local authorities.

“Staff here assume that users’ sexualities are diverse,” said Nao, 33, a resident of Tokyo who attends the DCC. “I feel a sense of great relief from not being treated as if I don’t exist.”

Nao is registered as a woman in the family registry system but feels uncomfortable being categorized as either a man or woman.

Nao was diagnosed with a developmental disorder at the age of 31. In April 2020, Nao began visiting another employment support center in Tokyo to better understand an individual's characteristics.

Nao told the operator about the inconsistency of a gender assigned at birth when submitting an application to use the center.

But Nao said staff there frequently made remarks based on gender bias, such as, “Women have a poor sense of space.”

Nao repeatedly asked staff to stop being listed as a “female” on an individual support plan document, but the request was never granted.

Nao also had difficulty writing a name on the roster for cleaning the center’s restrooms, where the roles are assigned based on the binary classification of gender.

Nao still recalls what a staff member said when they were alone.

“Obsessing about it (one's sexuality) annoys the people around you,” the staff member said. “I suggest you refrain from coming out to avoid giving others the impression that you’re a nuisance.”

Nao consulted other staff members but didn't see much improvement in their awareness of Nao’s sexuality. Nao fell ill from the mental stress of being treated with kid gloves and had no choice but to stop visiting the center.

“I wanted to focus on training (for finding a job) and not my sexuality,” Nao said. “But I couldn’t.”

Nao said, however, everything is different at the DCC. Users are called by the name of their choosing and can wear any clothing of their choice.

Nao said everything from the contents of lectures to what staff say reflects consideration the center gives to all minorities, including LGBT people.

“The DCC addresses each user’s circumstances,” said Nao. “I feel this is what welfare services should stand for.”

Nao can now concentrate on assignments and training to find a job without being stressed out from other matters.

Nao said many welfare service operators still don't believe they have sexual minorities in their presence despite a growing recognition of “LGBT” and other related terms.

“I hope more welfare service staff can share the awareness that there must be various types of minorities around them, too,” said Nao.