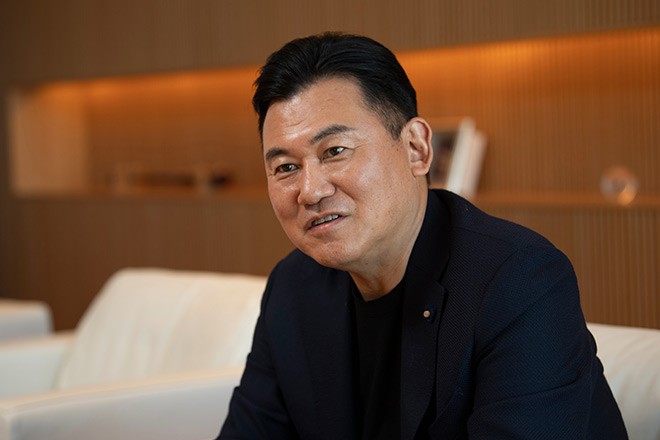 Mikitani will provide the money from his own wallet via the Ukrainian Embassy, according to the company.

Cautioning that what people can do is limited, he said that after consulting with his family, “we (the) Mikitani family have decided to donate 1 billion yen to Ukraine.”

At the same time, Mikitani released his letter in English to Ukraine’s President Volodymyr Zelenskyy, in which he touched on meeting with him when he visited Kyiv, the capital of Ukraine, in 2019.

In the letter, he said he decided to “donate one billion yen to the Ukraine government, for humanitarian activities to help people in Ukraine who are victims of the violence.”

Rakuten on Feb. 28 set up a Web page for people to donate money to Ukraine through the Rakuten point program and by other means.

However, Rakuten said the company must continue to provide the service in Russia because, “If we stop the service, our free safe communication network will be shut down, which leads to people losing major communication channels to fight against fake information.”

Viber is a chatting app similar to Line and is widely used in Ukraine and other countries in eastern Europe.