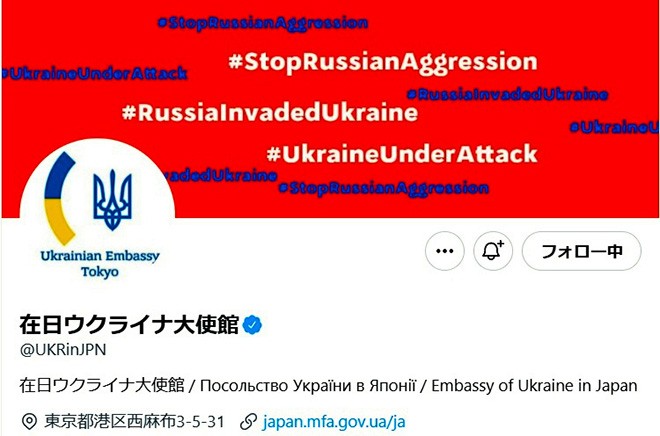 Scores of Japanese answered a Ukrainian call for foreign volunteers to fight Russia’s invasion, prompting the Japanese government to move to stop them from doing so by citing earlier travel and evacuation warnings.

Seventy or so individuals responded to the call from the Embassy of Ukraine in Japan to join the International Legion of Territorial Defense of Ukraine. Of them, about 50 are former members of the Self-Defense Forces.

The embassy on Feb. 28 added a post explaining that a key qualification for acceptance was to have professional military training experience, which would account for the quick response from former SDF personnel.

Sergiy Korsunsky, the Ukrainian ambassador, said during a TV program aired on the evening of March 1 that the embassy had received about 70 applications from Japan, of which 50 were from former SDF members.

The Japanese government moved swiftly to block Japanese volunteers from going to war.

Foreign Minister Yoshimasa Hayashi said at a March 1 news conference that the government had taken note of the embassy’s posts.

Citing an evacuation advisory issued by the government before President Vladimir Putin followed through on his threat to invade Ukraine, Hayashi said, “Please do not travel to (Ukraine) regardless of purpose.”

Chief Cabinet Secretary Hirokazu Matsuno said at a news conference March 2 the central government had reminded the embassy that a travel warning has been issued for Ukraine.

Tweets posted in the embassy’s account regarding the Zelenskyy’s call for volunteer soldiers were deleted soon afterward.

At least one member of the ruling Liberal Democratic Party was quick to take issue with the government’s position.

Seishiro Eto, who chairs the party’s Research Commission on Foreign Affairs, revealed that dissent flared during a joint meeting held March 2 that included members of the Foreign Affairs Division.

He said that one attendee stated, “If some people want to go, we should let them go.”

Eto, 80, said he opposed such action because the issue is not limited to Ukraine alone.

“If a similar situation occurs elsewhere and the countries concerned request Japan to send a voluntary army, we would not be able to say no,” he said.

Hiroyuki Miyazawa, the LDP’s director of the National Defense Division, told The Asahi Shimbun that he was the individual who told the meeting that the government “should not stop volunteer soldiers.”

“Due to the Constitution and its position that we are a nation of peace, Japan cannot send troops, nor supply weapons to (Ukraine),” Miyazawa said. “Given these circumstances, we should respect the will of those who have applied (to join Ukraine). We should pay utmost respect to the fact that there are people with such intentions.”

Miyazawa said that “if such enthusiasm arises among the (Japanese) people in case of an emergency situation in Taiwan, the government (would be powerless) to stop it.”

In 2019, the Metropolitan Police Department in Tokyo referred the cases of five people to prosecutors that included a former Hokkaido University student and a journalist for planning to travel to Syria to join the Islamic State as combatants. The charges were later dropped.