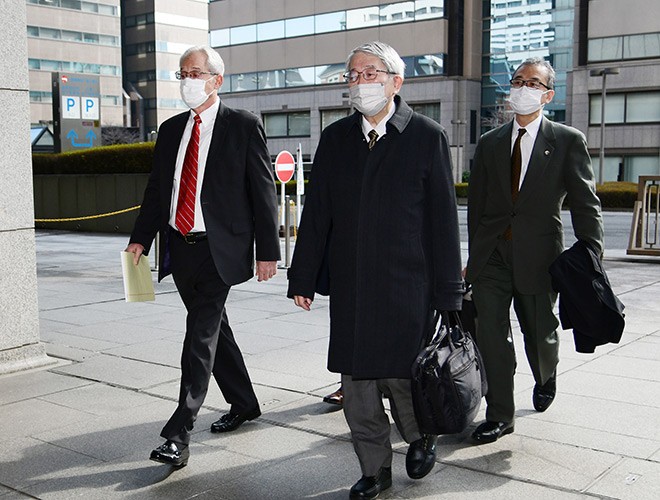 The Tokyo District Court on March 3 handed Greg Kelly, a former Nissan Motor Co. director, a suspended sentence after rejecting the testimony of the prosecution’s star witness in the bizarre corporate corruption case.

Kelly, who had maintained his innocence throughout the trial, was convicted on one count of violating the Financial Instruments and Exchange Law and given a six-month prison sentence suspended for three years.

He had been indicted on charges of conspiring with Carlos Ghosn, the former chairman of Nissan Motor, to underreport Ghosn’s remuneration by a total of about 9.1 billion yen ($78.7 million) over an eight-year period between 2010 and 2017.

Ghosn was also indicted but he fled Japan and landed in Lebanon in late 2019 before his trial could start.

For Kelly’s trial, prosecutors used Toshiaki Onuma as their main witness. Onuma formerly headed the secretary’s office at Nissan and agreed to testify in exchange for immunity.

The district court concluded that Ghosn and Onuma conspired to falsify the annual financial statements regarding Ghosn’s remuneration for the eight-year period.

But the court said Kelly was only aware that the amount for fiscal 2017 was underreported. It rejected the reliability of Onuma’s testimony and found Kelly not guilty for the period between 2010 and 2016.

Nissan was also indicted as a company, and the Tokyo District Court fined the automaker 200 million yen.

(This article was written by Kazufumi Kaneko and Wataru Netsu.)