Japan to raise entry limit to 7,000 people a day 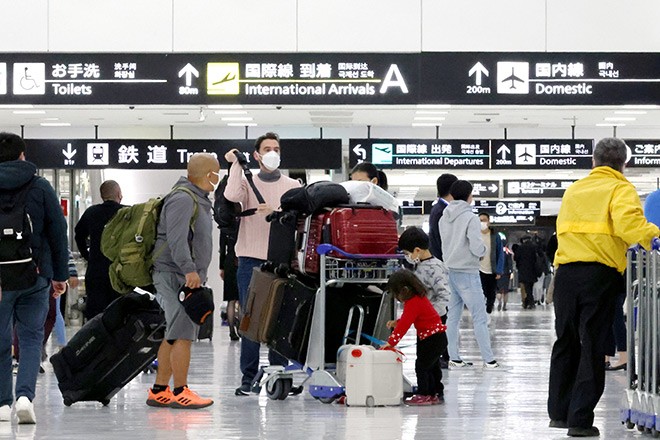 Passengers arrive at Narita Airport on Nov. 29, the day before Japan’s ban on global travelers over fears of the Omicron variant of the novel coronavirus took effect. (Tatsuya Shimada)

The central government plans to raise the limit on daily entrants to Japan from 5,000 to 7,000 people from March 14, further relaxing its border control measures against the novel coronavirus.

Japan has already raised the cap on entrants from 3,500 to 5,000 people a day, which came into effect on March 1. Foreign nationals, who have been effectively banned from new entry since the end of November, can once again visit Japan for business, study or to work as technical interns.

But the government plans to retain its ban on foreign tourists entering Japan even after the policy change is implemented, a government official said.