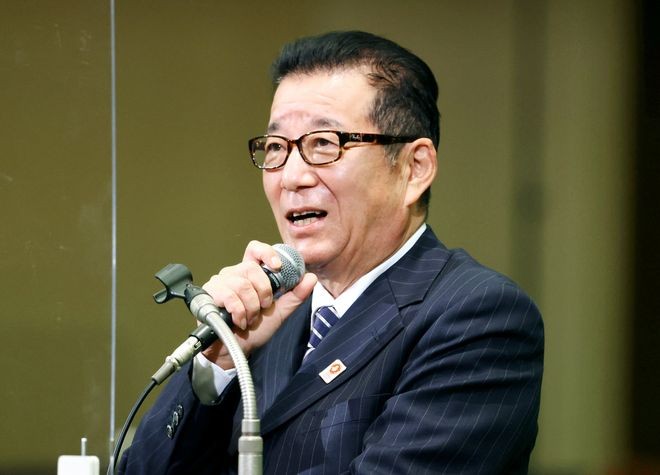 Senior officials of the Osaka-based opposition party discussed the matter on the evening of March 2 and decided to drop the part before the proposals were submitted to Foreign Minister Yoshimasa Hayashi.

The dropped part had called for a review of the three non-nuclear principles that Japan will not possess, produce or permit the introduction of nuclear weapons to the country.

Nippon Ishin Secretary-General Fumitake Fujita said at a news conference that officials were concerned that the proposals were being misread to imply that the party was taking the initiative to change the three non-nuclear principles.

“That is not our true intention,” Fujita said.

He said the party understands that more debate on the issue is needed.

Nippon Ishin came up with the emergency proposals for Japan’s security in light of Russia’s invasion of Ukraine.

The party also removed from its proposals the statement, “A non-nuclear nation is at higher risk of being invaded by a nuclear nation.”

But it maintained its proposal that Japan should start discussions on certain issues, including strengthening its defense capability through “sharing” the possession of nuclear weapons.

The Japan Confederation of A- and H-Bomb Sufferers Organizations (Nihon Hidankyo) held an emergency online news conference on March 2 to demand the party retract its proposals concerning nuclear weapons.

In a statement released on the same day, Nihon Hidankyo said Nippon Ishin’s proposals are “dangerous” and “will lead the Japanese people to a nuclear war, claim their lives and ruin the national land.”

“I feel a surge of anger from the bottom of my heart,” said Shigemitsu Tanaka, 81, a hibakusha atomic bomb survivor and representative committee member of Nihon Hidankyo, on March 2. “If what Ishin says spreads, all nations will possess nuclear arms. It will be the doomsday then.”

Masako Wada, 78, a hibakusha and deputy secretary-general of the group, said, “Undermining the three non-nuclear principles, a national policy, is unacceptable.”

But Prime Minister Fumio Kishida has repeatedly rejected the idea.

“Those who want to bolster Japan’s military power are using the Russian invasion as an excuse for allowing Japan to possess nuclear arms,” Tanaka said. “Such people do not have knowledge about nuclear power. We need people who have not experienced war to understand, at any cost, the realities of war and nuclear weapons.”

(This article was compiled from reports by Taro Kotegawa and Roppei Tsuda.)