Cryptocurrency to fall under new rules to prevent sanctions bypass 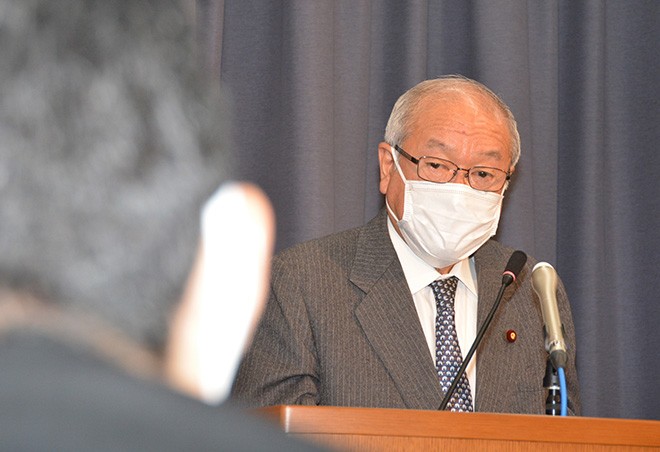 Japan will move to prevent cryptocurrency from being used to evade economic sanctions slapped on Russia over its invasion of Ukraine, the central government announced on March 8.

The country will be moving in lockstep with the United States and European countries as they rush to pass similar measures aimed at bolstering their sanctions.

“We would like to work toward securing the effectiveness of economic sanctions by cooperating closely with the international community,” Finance Minister Shunichi Suzuki said at a news conference on March 8 after a Cabinet meeting.

According to the Financial Services Agency, the measures it is considering include establishing rules to stop cryptocurrency transactions by people subject to economic sanctions. The agency is discussing what measures to take with the Japan Virtual and Crypto Assets Exchange Association, which all cryptocurrency exchange firms in Japan belong to.

The United States and European countries agreed on Feb. 26 to exclude major Russian banks from the Society for Worldwide Interbank Financial Telecommunication (SWIFT), the global payment system that allows for the rapid transfer of funds across borders.

The move is a major part of the heavy economic sanctions levied against Russia intended to deal a stiff blow to the country’s economy.

The countries are now turning their focus to cryptocurrency, which, observers point out, is virtually impossible to stop individuals from using for overseas remittances, making it a potential tool that could be used to get around sanctions.

Reuters reported that French Finance Minister Bruno Le Maire suggested at a news conference on March 2 that the EU would soon take steps to shore up the strength of its economic restraints placed on Russia.

"We are taking measures, in particular on cryptocurrencies or crypto assets, which should not be used to circumvent the financial sanctions decided upon by the 27 EU countries," Le Maire said.

According to The Wall Street Journal, the Biden administration is considering including cryptocurrency measures in its sanctions package on Russia.

The cryptocurrency market has been volatile over the past few days.

An expert on cryptocurrency, Nana Otsuki, director at Monex Inc., explained that the price rise is being fueled by investors speculating that more remittances would be made through cryptocurrency, which is not currently subject to the economic sanctions.

However, Bitcoin fell after that, dropping to the range of $38,000 to $38,999 on the evening of March 8, back to the level where it was before it rose. Prices of other cryptocurrencies such as Ethereum also dropped.

The fluctuations are being attributed to many institutional investors selling cryptocurrencies, which are risky assets, in response to major stock markets plunging and to Western countries’ voicing intentions to stop cryptocurrencies from being used to bypass sanctions.

However, it is unclear whether the West and Japan can take actions that will prove to be effective.

Otsuki said she believes that even if those countries act, people could still make cryptocurrency payments by opening an account at a cryptocurrency exchange firm in a country not subject to those actions.

(This article was written by Kuniaki Nishio, Takashi Yoshida and Chihaya Inagaki.)